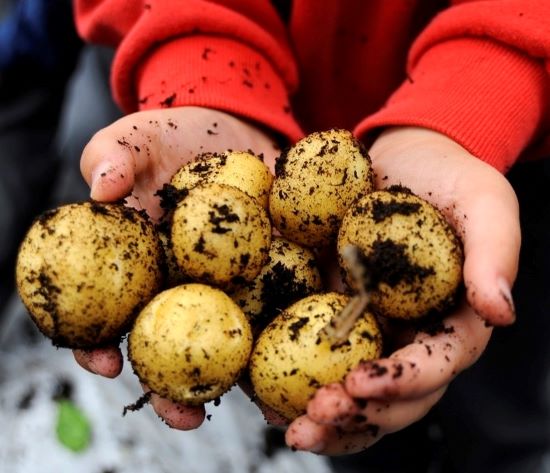 THERE’S a farming crisis looming in Kilkenny due to the wet weather, with some crops stuck in the ground and conditions not suitable to plant others.

As much as 70% of potatoes grown have not been harvested, while cereal farmers are struggling to sow their winter crops due to the soggy land conditions.

Irish Farmers’ Association (IFA) National Potato Chairman Thomas McKeown warned there’s a risk much of the potato crop will not be harvested if the wet weather continues.

“Nationally, only 30% of the potato crop is harvested. Normally, it’s closer to 60% at this time of year.

“Due to wet conditions, harvesting losses will be higher which will result in lower saleable yields.”

Potato harvesting is three weeks behind in some parts of the county according to Mr McKeown.

The IFA warns of a crisis with winter cereals crops also. Just 20% of what is normally sown by now are planted. In some areas, less than 5% of cereal crops are sown.

According to IFA National Grain Chairman, Mark Browne, a large number of tillage farmers don’t have winter cereals planted yet.

“Unless there is a significant weather window next week, to allow progress for planting, a sizeable area will remain unsown.  There is a cut-off date for planting for most ground around the first week of November.

“80,000 hectares of winter barley was planted last year, but this figure will not be achieved this season. At the moment, there is scarcely 20% of the normal area planted. In some areas it’s less than 5%.

“It wouldn’t make sense to force these farmers to plant into November, where the ground conditions are unsuitable, as it increases the chances of crop failure.”