A young woman convicted of murdering a popular Kilkenny dancer at a flat in London has been sentenced to 16 years in jail.

Diana Cristea (19) from Mill Hill in Barnet, London was sentenced to at least 16 years imprisonment for the murder of Adrian Murphy (43) from Maudlin Street, Kilkenny, at an apartment in Battersea, southwest London, in June 2019.

Cristea was found to have helped her partner Joel Osei (26) murder of the popular Irish dancer by poisoning with a drug called scopolamine, commonly known as ‘Devil’s Breath’, after befriending him using fake profiles on a dating app.

Adrian Murphy was murdered on June 1, 2019 but his body was not found until June 4. This led to a major police investigation resulting in the arrests of Osei and Cristea in September 2019.

Osei was sentenced to life in prison to spend a minimum of 32 years in jail for the murder of Adrian Murphy in January.

Adrian Murphy was a seven-time All-Ireland dance champion who went on to produce and choreograph international shows such as Celtic Dance Force, Feet of Fire and FireDance – The show.

He also founded Adrian Murphy’s Academy of Dance, which had seven schools across Australia and New Zealand.

The talented Kilkenny dancer made regular appearances on TV in Australia while he lived there. He has also appeared on programmes in the UK and US. 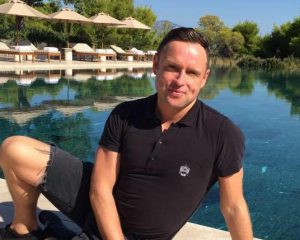