The first signs of life at one of the largest developments ever planned in Kilkenny have emerged as work on a new skate park for the city has begun.

Kilkenny County Council has just released pictures of works in progress at the Abbey Quarter (formerly Smithwick’s Brewery site) – and the first element under construction is the city’s brand new skate park.

The local authority took delivery of some of the street furniture for the park this week. Already some banks, rails, quarterpipes, ramps and transfers are being put together to ready itself for an influx of boarders. 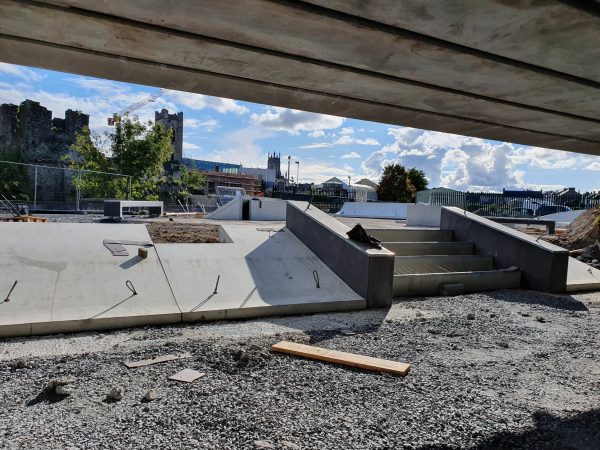 The skate park is being built as part of the Urban Park, Urban Street and outdoor event area, which was an integral part of the redevelopment plans.

If granted planning permission and once finished, the Urban Park will cover an area of approximately 1.44ha within the Abbey Quarter and will be located around the upstanding remains of St Francis Abbey. 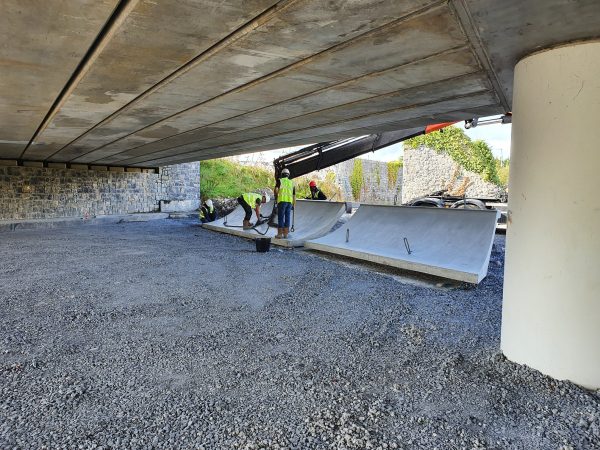 Aside from the skate park, it will comprise of a variety of grassed areas, trees, paved surfaces, water feature and meeting points and will provide a new amenity area for the city.