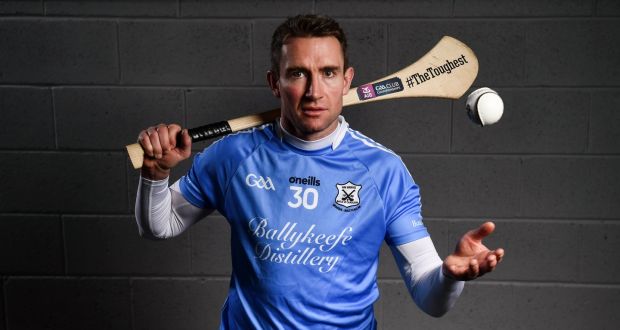 BALLYHALE Shamrocks will be looking to complete a glorious triple Leinster crown for Kilkenny clubs when they take on Ballyboden St Enda’s this evening.

Eddie Brennan’s Graigue-Ballycallan became the seventh Kilkenny club in a row who have gone on to lift the Leinster intermediate championship when they put Portlaoise to the sword by a nine-point margin in Nowlan Park yesterday.

This followed Dunnamaggin’s victory in the Leinster junior title earlier in the day. Kilkenny clubs have now done the clean sweep – winning Leinster junior and intermediate titles – in four of the last five years.

Even more encouragingly for Brian Cody is the stable of promising young players emerging from the clubs’ conveyor belt of talent, particularly in Graigue-Ballycallan.

Eddie Brennan (pictured above by SPORTSFILE) again rolled back the years with a fine performance, scoring 1-1 from play as his side comfortably overcame the Laois champions on a scoreline of 2.18 to 0.15.

But it was the livewire performances of their two corner forwards, Aaron Brennan and Sean Ryan, that really caught the eye.

The younger Brennan scored 1-3 from open plan, and the poor Portlaoise backs had no answer for his pace and deadly finishing.

Sean Ryan was just as devastating on the other flank. After a decent start by Portlaoise, he hit them where it hurts, putting a sixth minute goal on a silver plate for Eddie Brennan with a pinpoint pass across the pitch.

Ryan, a younger brother of Kilkenny senior Billy, went on to score four fine points of his own from play.

DJ CAREY: Hurling in danger of being ‘strangled’ by tactics