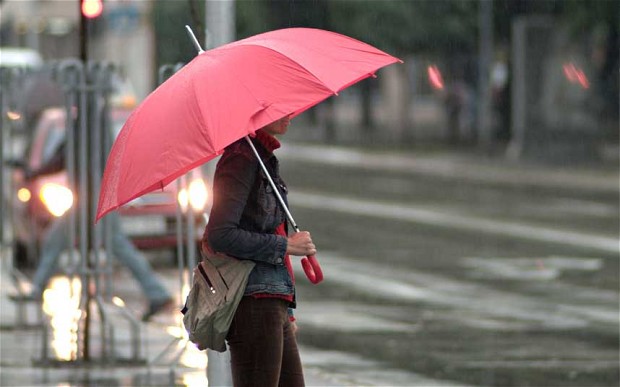 THIS morning would be a good time to get some last-minute Christmas shopping in as Kilkenny and parts of the country enjoy a lull in the stormy conditions that have battered Ireland over the past week.

However, Met Éireann said the relatively good conditions will not last, with more heavy rain forecast for later today with the risk of hail and thunder in some areas.

The latest forecast comes as a war of words erupted between retail groups and the national forecaster.

However, Met Eireann has strongly defended its position stating it issues warnings for public safety, and they are based “on the best scientific evidence available at the time”.

The row kicked off as online shopping has been growing rapidly – hitting Irish retailers with 70pc of online spend going to foreign businesses.

The rise of Black Friday and Cyber Monday, discount events held before Christmas, has further encouraged shoppers to go online.

The REI said: “The Irish retail industry has never experienced such volatility. It is impossible to predict what each given week will bring.”

REI Group Chief Executive David Fitzsimons, added: “The most common comment from retailers is that the weather alert issued by Met Éireann pertaining to weather conditions last Saturday was at best alarmist.

“Most of the country experienced rain and some wind and yet the alert more or less turned off the spending tap, on one of the most important days in the retail calendar.

“We very much hope that the lost spend will make its way into our members tills in the coming days. Met Éireann need to be cognisant of the devasting impact such alerts have on consumer activity.”

However, Joan Blackburn of Met Éireann said warnings are based on scientific evidence available to the national forecaster.

She added: “We issue warnings for public safety and for nothing else, on the best scientific information available to us at the time.”

Kilkenny Chamber of Commerce and Kilkenny Yulefest have urged consumers to ‘shop local’ and give local businesses a much needed boost in the final countdown to Christmas Day.