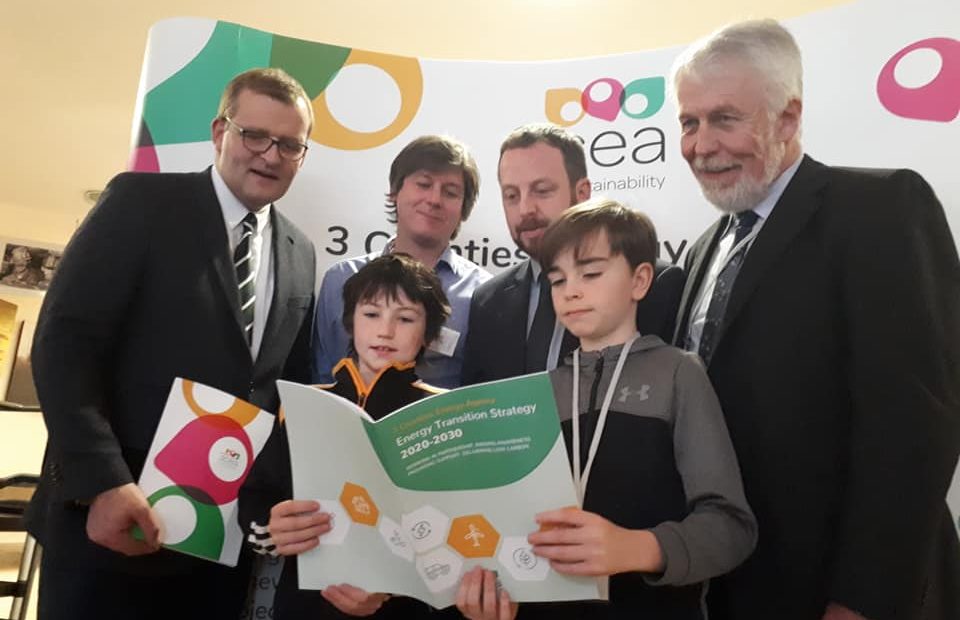 An €800 million investment in energy efficiency is needed in Kilkenny and neighbouring counties if we’re to meet 2030 climate targets and become a carbon neutral area.

That was the message from Three Counties Energy Agency (3CEA) as it launched its Energy Transition Strategy which bids to produce surplus green energy in Kilkenny by 2030.

Currently around €8 million is spent per annum in the local area on energy efficiency and sustainability, this must increase to €80 million per annum if we in Kilkenny are to meet climate targets.

Launching its 10-year strategy in Castlecomer Discovery Park, the site of a former fossil fuel industry hub utterly transformed over the past decade, 3cea in partnership with the Kilkenny, Carlow and Wexford County Councils made a commitment to drive to not just meet, but surpass the Government Climate Action Plan 2019 target for their Region and generate more than 70% of their electrical energy needs from renewable sources by 2030.

3CEA is a non-profit, independent energy agency supporting investment in the low carbon economy for economic growth in the South East region.

Over ten years 3CEA estimates €800 million needs to be invested in energy efficiency in the local area, assisted by the commitment of the councils to grant aid all eligible projects, if we in Kilkenny are to meet 2030 climate targets.

Paddy Phelan, CEO of 3CEA said his organisation will help communities made up of groups of home owners, businesses, the public sector, farmers and more to become a shining Irish and global example as a leader in the sustainable, efficient use of locally produced clean energy.

“A ten-fold increase in investment in Energy Efficiency is urgently needed to meet the targets by 2030,” Mr Phelan said, “starting with a commitment now to grant aid all eligible projects in 2020. The Sustainable Energy Authority of Ireland (SEAI) Beter Energy Community 2020 programme was again already well-oversubscribed, well ahead of the deadline.

“By 2030 we will be a region that has helped its energy consumers act responsibly and one that produces surplus clean energy.  For the first time in 3CEA’s almost 20-year history as leaders in the energy and policy space we now have a roadmap to 2030 and real clarity around our plans.

“3CEA is ideally placed to be the independent trusted intermediary under the government’s Renewable Energy Support Scheme (RESS) scheme through community benefit funds.  Across the three counties, an estimated annual €4,268,703 could be generated to complete a major energy transition,” Mr Phelan concluded.

A Kilkenny Valentine’s Day tale: Why Henry Shefflin’s father-in-law did not cheer for their match 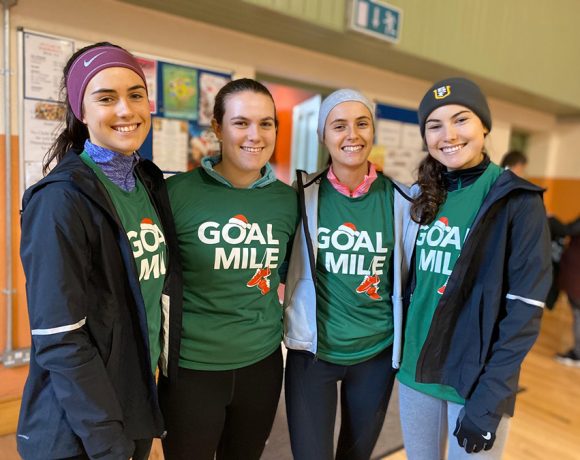