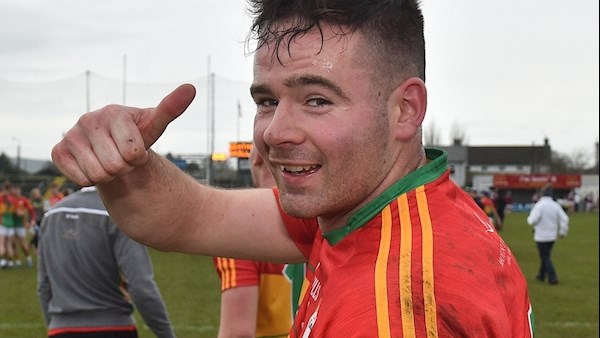 CARLOW hurling star Martin Kavanagh has revealed how he grew up supporting the Cats – and idolised Henry Shefflin – as he prepares to come face-to-face with Brian Cody’s Kilkenny on the pitch.

Martin Kavanagh said he can’t wait to do battle with Kilkenny at the neighbouring counties prepare for their Leinster SHC clash at Netwatch Cullen Park on May 19.

Speaking at the launch of the Leinster Beko Bua Programme, Kavanagh told reporters: “When I was a young lad I used to only go to Kilkenny games.

“My father was a big Cats fan and so were his brothers. They had Henry Shefflin when they were going so well for most of that time. And I was up at Croke Park for all the matches — all the All-Ireland finals. You wouldn’t be going to Carlow matches, you’d be going to Kilkenny matches.”

The 24-year-old St Mullins attacker said there’s great excitement in Carlow as our neighbours prepare to host the Cats next month.

He added: “I suppose when the fixtures came out, it was the one game that really caught our eye — Kilkenny at home — the town will be packed. It’s great.”