An investigation has been launched after a fire gutted a building in the centre of a Kilkenny town last night.

Shortly before 9pm yesterday evening flames were seen to be bellowing from the Old Coop in Callan.

Five fire tenders from both Callan and Kilkenny City rushed to the scene at the corner of Green Street and Newmarket Lane. 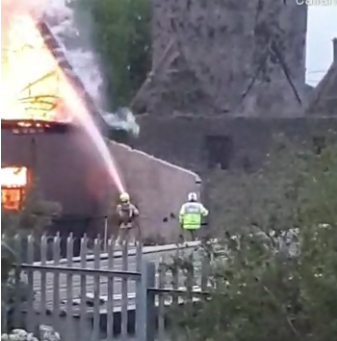 The fire in the building took hold very quickly and the roof collapsed in a matter of minutes.

The fire was eventually put out by the fire services and luckily no one was injured in the blaze.

An examination of the site is expected to begin to today and investigations are ongoing.