KILKENNY gardai are hunting a gang behind a heist at the old ESB site on the Dublin Road who made off with a mini-digger and thousands of euros worth of power tools and construction equipment over the festive period.

The theft was reported on January 1 after a member of the public noticed that the gates of the site in Lyrath were open and contacted the ESB.

An employee went to the site and discovered equipment, including a blue Kobelco mini-digger valued at €38,000, had been stolen.

Gardai arrived on the site a short time later. Some of the other stolen items include a rock breaker valued at around €3,000, a cement mixer worth €500, a Whacker Plate valued at €400 and a concrete poker worth approximately €300.

The site had been shut for Christmas, but a local Garda source told KilkennyNow.ie it is likely the heist occurred over the last 48 hours, possibly on New Year’s Eve.

The stolen equipment belongs to a construction company who had been working on the site.

It is likely a professional criminal gang, who would have required a large vehicle to transport the stolen goods, is behind the robbery.

Anyone with information regarding the robbery is urged to contact investigating gardai at Kilkenny Garda Station on 056 777 5000. 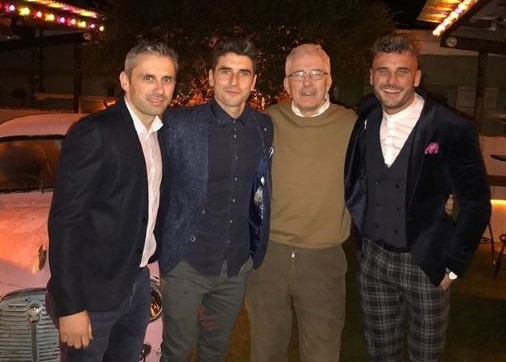 SPONSORED: Brogan’s Bar and Kilkenny – a match made in heaven!