MICHAEL WOLSEY: I don’t believe these apologies. Sorry about that.

Sorry seems to be the hardest word, sang Elton John. He obviously didn’t have Ireland in mind. Here we say ‘sorry’ dozens of times every day – when we interject in a conversation, call for a waiter, bump into someone or even when somebody bumps into us.

We don’t mean it, of course. And neither do our politicians who routinely express remorse when they have done something to outrage public opinion. Like those apologies we issue all the time, it’s just a reflex response.

Many of the 81 people who attended that infamous golf dinner in Clifden have apologised. Phil Hogan said he was sorry, and then that he was extremely sorry, and later that he was profoundly sorry. Unfortunately for Mr Hogan, the Taoiseach doesn’t accept his apologies. Neither does the Tánaiste. And, for what it’s worth, neither do I. Sorry about that.

Like all the politicians at that dinner, Mr Hogan is sorry about the consequences. Dara Calleary is sorry that attendance cost him his ministerial portfolio and Jerry Buttimer is sorry it cost him his job as Leas Cathaoirleach of the Seanad. Senator John Cummins is sorry he lost the Fine Gael whip and broadcaster Seán O’Rourke is sorry he wasn’t able to come out of retirement for a lap of honour with RTÉ.

Senator Cassidy is also sorry. He apologised “unreservedly”. Like the others, he also apologised too late.
The time for all these people to apologise was when they found themselves at an event attended by 80 other guests.

“Sorry,” they should have said, “but I can’t stay – this event is clearly breaking the Covid rules, and I’m meant to be setting an example.”

Cathy Bennett, a Sinn Féin councillor in Monaghan, had also been saying sorry.

She went on a family holiday to Lanzarote although she knew the Spanish island was not on the Green List and that Government advice is to avoid all overseas travel.

“We paid for our family holiday last year and, despite taking steps to secure a refund from the airline, this was not possible,” she explained.

Cllr Bennett offered her “sincere apologies” for her actions, which she said ran contrary to Sinn Féin’s advice.

At what stage on the sunshine holiday was Ms Bennett overcome by this mood of sincere contrition? Was she on the beach at the time, or sitting by the pool? Clearly she didn’t feel that way when she rebooked the tickets or when she went to the airport. That was the time to say “Sorry, I can’t do this. It’s against my party’s advice, not to mention the Government’s instructions”.

Bill Clear, a Social Democrat councillor in Kildare, has also been apologising.

I’m sure he does have huge regrets for the trip caused a huge row locally and he had to resign as as deputy mayor of Naas. It’s just a pity he hadn’t issued his apology a bit earlier – when the holiday was first suggested. “Sorry,” he could have said, “but with huge regrets, I must resign myself to a holiday in Ireland.” Now those are regrets I could believe.

Garath Keating is another Sinn Féin councillor who issued a travel-related apology, but in rather different circumstances and at an earlier stage of the Covid crisis.

The Armagh councillor apologised to a constituent who had queried the council’s advice not to visit parks and other civic facilities.

In an email Cllr Keating replied: “The general advice across the board is for people to STAY THE F*** AT HOME!!”
Sound advice for his fellow politicians. 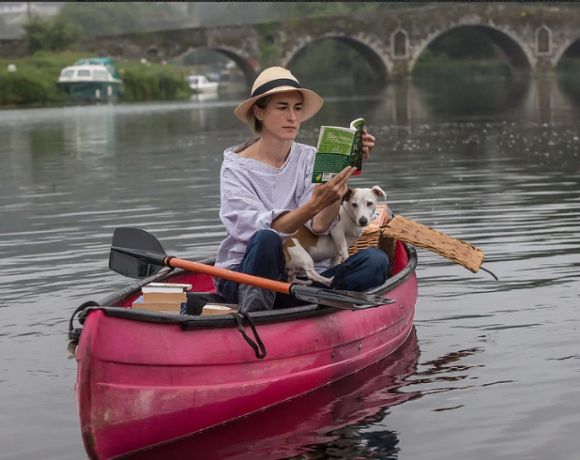 Graiguenamanagh’s ‘Town of Books’ – a new chapter opens for festival