MICHAEL WOLSEY: The ‘most sensational woman ever’ takes her rightful place at last The Panthéon, the national mausoleum in Paris, is dedicated to the great men of France.  ‘Aux Grands Hommes,  La Patrie Reconnaise’ (to the great men, the grateful homeland), says the inscription.

It houses the remains of Voltaire, Rousseau, Victor Hugo, Emile Zola and some 70 others the nation has chosen to honour over the course of the last 220 years.

Another woman is about to join this legion of the distinguished dead. Josephine Baker is the first black woman to be interred in Panthéon’s crypt, the first woman so honoured who was  not born in France and the first from the world of show business.

The role of honour describes her as  an entertainer, Resistance fighter and civil rights activist. But that only outlines the life of a woman who saved the lives of many, many others – a singer and dancer who was painted by Picasso and hailed by Hemingway as “the most sensational woman anybody ever saw, or ever will”.

Josephine Baker was always a fighter. She had to be, for she was born into  poverty, extreme even by the standards facing black families in her native Missouri in 1906.

She was married twice by the age of 15, never had money and sometimes lived on the streets. She danced in a chorus-line but, as a black woman, had no prospect of going further. Her break came when the company performed in Paris and Josephine was recruited for La Revue Nègre, a show featuring black singers and dancers.

On both sexual and racial terms, the act might fail a  modern test of what is correct, but it made Baker into a superstar, touring Europe, playing at the Folies Bergère and in a number of silent movies that were successful in France but ignored in America.

She was grateful to France for recognising her talents. She became a French citizen and recorded her feelings in her best-known song, J’ai Deux Amours: “I have two loves, my country and Paris.”

By her country she meant France and when it was occupied by the Nazis in 1939 she risked her life in its service.

She worked as a spy for French counter-intelligence, socialising with Germans and charming them while gathering information,

“France made me what I am,” she told spy chief Jacques Abbey. “The people of Paris have given me everything. I am ready to give them my life.”

As an entertainer, Baker had an excuse for moving around Europe. She carried information for transmission to England, about airfields, harbours and German troop concentrations

Notes were written in invisible ink on Baker’s sheet music or sometimes on scraps of paper which she hid inside her knickers. “Who would dare strip-search Josphine Baker?” she later asked.

Well, the Gestapo would have dared, but Josephine managed to keep one step ahead of them, moving to different locations and fooling German border guards who seemed as star-struck by her as everyone else.

“When they asked me for papers, they generally meant autographs,” she recalled.

In 1951 Baker was invited back to the United States where she led a parade in front of 100,000 people in Harlem. But her refusal to perform for segregated audiences, and a subsequent appearance in Cuba, ensured that she never got the acclaim there she deserved. Her strong, active support for the Civil Rights Movement prolonged her rejection by white American society.

“I have walked into the palaces of kings and queens and into the houses of presidents,” she said, explaining her motivation. “But I could not walk into a hotel in America and get a cup of coffee.”

America has never properly honoured Josephine Baker, but France has never forgotten her. And now this very great woman is joining the nation’s “great men”.

If you have never seen Josephine Baker  perform, I recommend that you search for her on YouTube.
Some of the videos have been remastered, others are old and shaky and the sound quality is poor. But Miss Baker’s star quality cannot be dimmed. 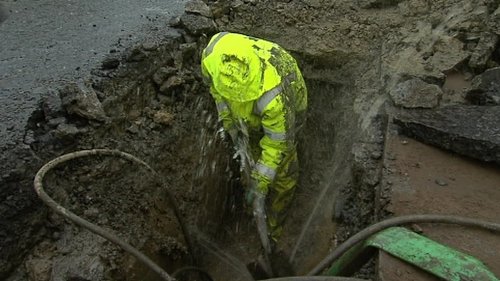