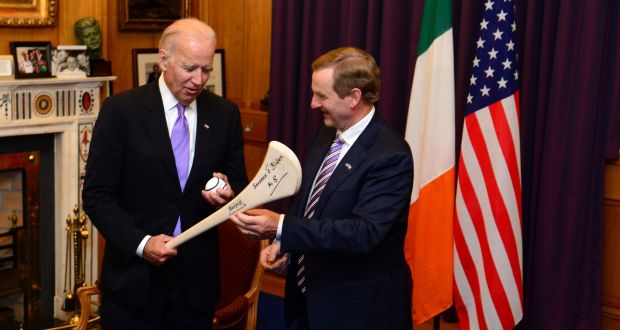 I sometimes wonder if there is an office in the Department of Foreign Affairs charged with finding Irish roots for American presidents. If so, they have made a fine job of it, for Irish links have been discovered for almost every president since World War Two.

Kennedy and Reagan were easy, of course. the clues being in the names.

Harry Truman was a bit more difficult but his wife’s family came from Roscommon and the president seemed quite proud of the connection. He was the man who backed the Marshall Aid Plan, which rescued Europe from the devastation of war, and he ordered an air-lift that saved West Berlin from a siege imposed by Stalin.

To these achievements can be added the mighty distinction of being the first US president to be presented with a bowl of shamrock on St Patrick’s Day. He received the Irish ambassador, John Hearne, at the White House and started a tradition which has managed to survive even Covid-19 and Donald Trump.

Dwight Eisenhower’s ancestry was as German as his name but in 1953 an Irish-American newspaper was able to reveal that “genealogical experts have found a trace of Irish on the President’s mother’s side”.

Being a respectable Irish-American newspaper it did not mention the more interesting connection, that Eisenhower was once reported to have been on the verge of divorcing his wife Mamie, to marry Kay Summersby, his Irish chauffeur and lover.

It wasn’t easy to find an Irish connection for George Bush, father and son. But the team in Iveagh House are nothing if not inventive. They traced the Bush roots back to Richard de Clare, Earl of Pembroke – Strongbow to his friends.

The Norman invader didn’t have too many friends in Ireland, of course, so, to be on the safe side, the genealogists also revealed that the Bush family was directly descended from William Holliday, from Rathfriland, County Down, who moved to  Kentucky in 1811.

Jimmy Carter’s family originated in Derry and his wife’ s in Donegal. Richard Nixon had Quaker roots in County Kildare.

Bill Clinton’s efforts for the peace process pretty much made him an honorary Irishman but, to be sure, to be sure, the Department found him a distant cousin in Fermanagh.

When the name first came up, Barack Obama appeared to present a problem but Iveagh House hardly needed to work on that one at all. A cursory inquiry revealed a rake of  relatives in Offaly where the great man came looking for the missing apostrophe and was rewarded by having a motorway plaza named after him.

Not quite Mount Rushmore but never mind, Barack – George Washington may have a statue but he didn’t have Offaly blood to boast about.

Theodore Roosevelt is one of the presidents commemorated with a giant sculpture at Mount Rushmore and he had a direct Irish  link – his family came from Glenoe in County Antrim.

Joe Biden is the twenty-third (at least!) US president with strong Irish links, although we seem very hesitant about claiming all those who came before Kennedy. They include Andrew Jackson, whose family was from Carrickfergus in Co Antrim, Ulysses S Grant (Dergenagh, Co Tyrone) and Woodrow Wilson (Strabane).

Kennedy was the first sitting president to visit the country of his ancestors but several came when  they were out of office, including Grant who visited Dublin, Derry and Belfast in January 1879.

The Civil War hero of the Union was made an honorary citizen of Dublin and accorded lavish receptions in Derry and Belfast. Strangely, he did not visit the remains of his great grandfather’s home, a mud-walled cottage at Ballygawley, near Dungannon. If the Department had been organising things that one would not have been overlooked. It has been restored now and is a big tourist attraction for the area.

The team in Iveagh House didn’t have to search for the Irish roots of Joe Biden. He is very proud of them and counties Louth and Mayo can certainly expect a visit.

And what about the man Biden has followed to the White House. Well, he bought himself a golf course in County Clare, but Donald Trump’s closest connection would appear to be with Scotland. His mother, Mary Anne MacLeod, was a Gaelic speaker from the Hebrides.

I don’t think we’ll fight the Scots over that one. 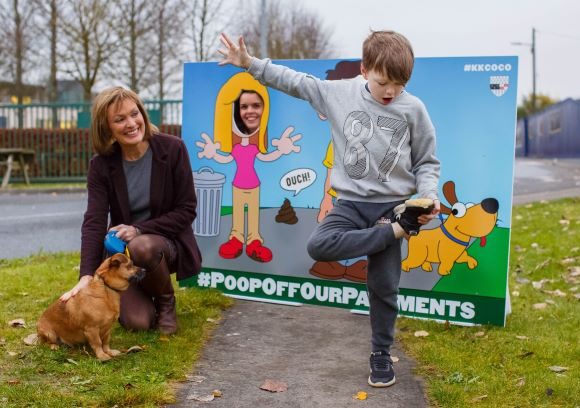