Loyalist supporters of Linfield football club caused serious trouble in Dundalk during and after a European Cup match in 1979 .

Violence was feared and steps were taken to bus the Glentoran fans directly home from Tolka Park.

On the night-desk of the Irish Independent we got word that some of the Belfast contingent had escaped the cordon and were drinking in a pub frequented by Shelbourne fans.

We dispatched a reporter and photographer but they came back with the news that there was no trouble. Both sets of supporters were getting on well and the Shels’ fans were singing a song the Glens’  followers had taught them: “If you hate Linfield wankers clap your hands”.

The rioting of 1979 put paid to tentative plans for an all-Ireland football league but the goodwill shown by the Glentoran and Shelbourne supporters revived the prospect and the proposal has surfaced regularly ever since.

The latest plan is the most hopeful I can recall, because it has the support of all the senior clubs in the League of Ireland and all but two of the clubs in its northern equivalent, the Irish League.

Crucially, the clubs in favour include Linfield. Oddly, one of the two opposing the plan are Cliftonville, a north Belfast side with a mainly nationalist following who I would have expected to be all in favour of any league with a cross-border element.

But it is Linfield who matter most, since they are by some way the biggest and most influential club in Northern Ireland.

They have  a sad and woeful record of sectarianism, modelling themselves on Glasgow Rangers,  with fans who wave the Union Jack as though it were the club flag and chant about being ‘up to our knees in Fenian blood’.

Fifty years ago, when I was growing up in Belfast, it was Linfield’s unofficial policy never to even have a Catholic on the team.

That has all changed and Linfield most certainly have Catholics players, although I doubt if there are any Catholics among their supporters.

The ‘no taigs’ taboo had already been broken by 1994 when Pat Fenlon joined the club. Pat is a Dubliner who has played and managed at Waterford, Shamrock Rovers, Shelbourne and Bohs.  I know nothing about his religious beliefs, but it is safe to say he is not a Free Presbyterian.

He became something of a hero at Windsor Park and was the star of an open-top bus ride along the Shankill Road after he scored goals which clinched a cup and league double for Linfield. “It was a fantastic dressing room and team to be part of,” he recalls.

Fenlon, who is back with Linfield as their general manager,  is interested in the new all-Ireland proposal.  “It would be good to explore it,” he told an interviewer last week. “It is about discussion. Nobody gets hurt in  a discussion.”

Which, of course, could not be said of Linfield’s infamous visit to Dundalk in 1979.  But the sides met two years ago and there was no trouble.

Nobody can guarantee that meetings of clubs from north and south will always be peaceful but the same could be said of clashes between Shamrock Rovers and Bohemians or Drogheda and Dundalk.

Always there will be slagging, sometimes it will be nasty and, occasionally, it will slide into lawlessness. If that happens, the forces of the law must intervene.  An all-Ireland league does not threaten them with anything they can’t control.

It has a complicated formula, with parallel leagues continuing to operate and the top sides then joining in a joint tournament.

The FAI has given the plan its backing. The North’s IFA is being cautious but the northern clubs see it as a route to salvation for a domestic game that is dying on its feet. As Pat Fenlon says, it’s an idea that should be explored.

For, as the Linfield motto (which is in Latin!) declares:  Audaces Fortuna Juvat … Fortune Favours the Bold. 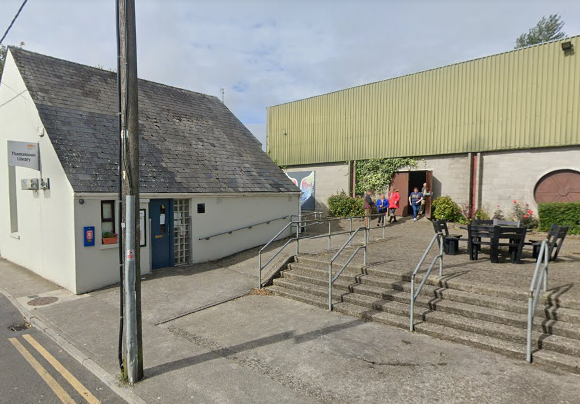