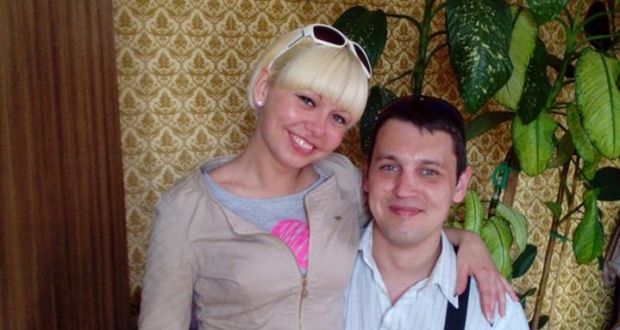 A MAN on trial for murdering his partner at their county Kilkenny home phoned emergency services to say she fell down the stairs, a jury at the Central Criminal Court heard today.

Prosecuting lawyers told the jury at the trial’s opening yesterday that a post-mortem examination will show her injuries were inconsistent with a fall.

Renars Veigulis (32) of Old Bridge Street in Freshford, Co Kilkenny has pleaded not guilty to murdering Rita Apine (29) at their home on or about 14 May, 2017.

Opening the trial, counsel for the Director of Public Prosecutions, Vincent Heneghan SC, said the accused and the deceased were from both Latvia.

Veigulus (pictured above with Ms Apine) came to Ireland about five years ago He was followed six months later by Apine, and in 2016 they moved to Freshford.

The jury heard evidence today from Laura Bunbury, an emergency-call taker with the National Ambulance Service, based in Tallaght.

Giving evidency, Bunbury said she received a call at 12:18 on the day in question from the defendant who said that his partner had fallen down the stairs. The jury then heard a recording of the phone call.

The jury heard Veigulis say: “Hello can I talk with Kilkenny ambulance. Please, my wife has fallen down the stairs.”

Bunbury would accept, under cross examination from Michael Bowman, for the defence, that Veigulis was clearly distressed and anxious. The jury could hear he was breathing heavily.

“Please, please very fast. All blood on the floor, please,’ the defendant was heard telling the emergency call-taker.

When Bunbury asked had his partner fallen from the top of the stairs, he said he didn’t know.

When asked where his partner was bleeding from, he said: “from the head, please”.

Bunbury told him to get a clean and dry cloth or towel, place it on the wound and apply pressure. When asked for his partner’s age, he said “27 or 28” and was heard to be crying at this point.

Through audible sobs, he said his wife was looking at him. He confirmed she was breathing at this point.

He said he didn’t know what caused her to fall down.

The jury heard the accused speak some words in their native language to his wife but she did not respond.

“The whole floor with blood,” Veigulis was heard saying.

Bunbury asked Veigulis to squeeze his partner’s hand to see if she would squeeze back. She didn’t.

When asked at this point whether she was awake, he said no. “She closed the eyes”.

Bunburry asked the caller to turn his partner onto the flat of her back, kneel down beside her and pump her chest. The jury heard Bunburry provide instructions on how to administer CPR and she told him to pump slowly “one, two, three, four” at her place.

That continued until the ambulance arrived.

Under cross examination from Bowman, for the defence, she agreed Veigulis clearly sounded distressed and anxious and was trying to relay to her what he believed had taken place.

Dr Leonard de Villiers gave evidence to Heneghan that he was on call with ‘Caredoc’ in Kilkenny on the date in question when he got a call to go to an apartment on Bridge Street.

Dr Villiers said the initial call out was to certify that “somebody had passed on” but on arrival, he was told she had been revived.

He said he observed a “big gash” to the right hand side of her head. Both of her eyes were swollen shut and there was bruising to a cheek of her face and one of her hands.

Dr Villiers said Veigulis had come next to him and was “shaking a lot”. The doctor said he put his arm on Veigulis’ shoulder and told him that the medics would do their best.

Paramedic Dave Mythen gave evidence to Heneghan that he arrived at the scene and noticed a large wound to the top of Apine’s head that was bleeding profusely.

Mythen said the inside of the house was heavily blood stained and the blood had been dispersed as a result of everybody moving around inside the house.

He said Apine was initially found at the bottom of the stairs in a confined area that was too tight to administer treatment. Her body was lying in the hallway with her legs behind a door.

Paramedic Richard Costello gave evidence to Heneghan that he noticed blood on the wall of the staircase.

Paramedic Maurice Wall gave evidence to Heneghan that Veigulis was having a cigarette while the paramedics were working on his partner. As far as he could recall, Veigulis threw the cigarette butt on the floor of the hallway.

He said there was a child-safety gate at the end of the staircase, which was open.

The trial continues tomorrow before a jury of seven men and five women, with Justice Tara Burns presiding. 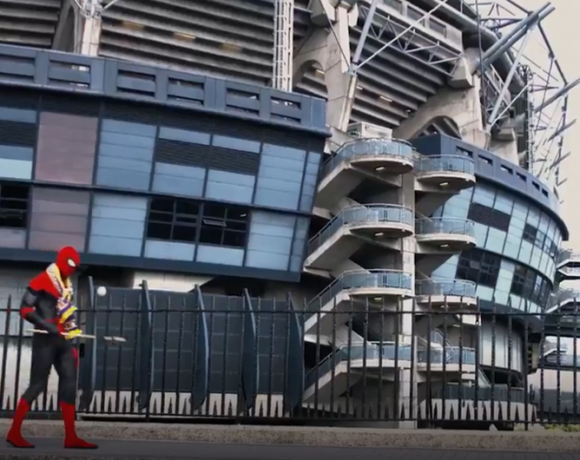 REVEALED: What Spiderman does on his day off (watches the Cats in action!)