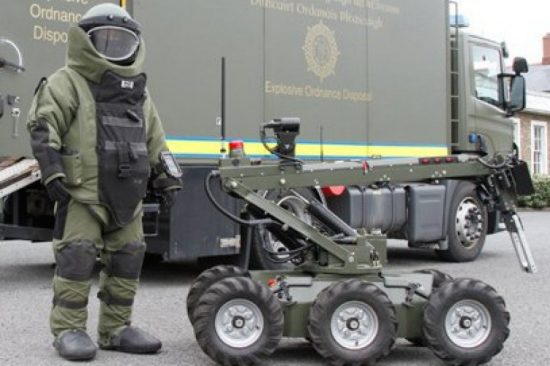 THE army Bomb Squad is at the scene where the discovery of a suspicious package resulted in parts of Kilkenny city-centre being shut down this morning.

Members of the Bomb Squad are currently working on the suspect device, which was discovered on the Butterslip early this morning.

The High Street and Kieran’s Street remains closed off to this morning. A local Garda source said the area is likely to remain cordoned off until 11am at the earliest.

A man remains in custody in connection with the discovery of the package.