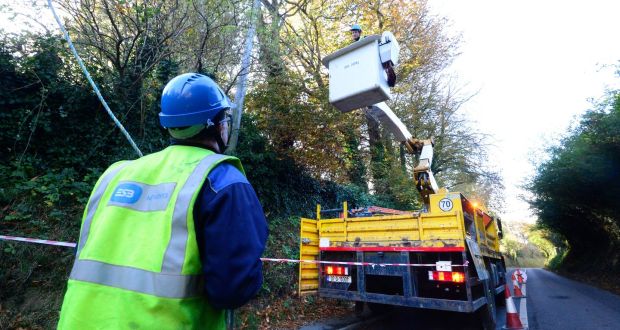 Kilkenny can look forward to a much calmer few days after Storm Barra battered the country and left thousands of households without electricity.

In its latest forecast, Met Éireann said it will be milder but damp over the weekend, with spells of wet and breezy conditions at times.

However, Kilkenny and the south east will escape the worst of the conditions forecast for the north and west of the country.

The national forecaster said today will be “a bright, fresh day with sunny spells and scattered showers of rain or hail”, with some sleet possible on high ground during the morning. Met Éireann said: “The showers will be most frequent in the west and north and will become isolated by early evening. Cloud will increase in the southwest during the afternoon with patchy drizzle developing near the coast. Afternoon temperatures of 5 to 8 degrees in a moderate to fresh west to northwest wind.”

Tomorrow morning will be cloudy and wet, according to Met Éireann, which added: ‘Drier and clearer weather will extend from the northwest during the afternoon with rain in the south becoming lighter and patchier also. Milder too with highest afternoon temperatures of 10 to 13 degrees, in moderate southwesterly winds.’

Sunday is set to be cloudy and breezy with patchy outbreaks of rain in most areas, heaviest and most persistent in the south and west and milder temperatures of 11 to 13 degrees.

Met Éireann said Monday will be cloudy, with outbreaks of rain at times in Munster and Leinster and afternoon temperatures ranging between 7 to 11 degrees.