In our alternative budget Sinn Fein prioritised the things that ensure workers and families can lead good, prosperous lives and look to the future with confidence and certainty.

We know this means the building of social and affordable homes, sorting out the health waiting list crisis and tackling the rising cost of living by delivering increases in pensions and social welfare, cutting rents and reducing the cost of childcare.

But once again Fianna Fáil, Fine Gael and the Greens have designed a budget that will protect the wealth and privilege of those at the top while workers, families and communities play second fiddle. We saw this as an opportunity to make fairness count. Sinn Féin’s approach to Budget 2022 was to turn the tide of the legacy left by decades of bad government. We want to give our people a fresh start.

A Government that puts workers and families first is possible. Change is coming. This Fianna Fáil, Fine Gael and Green Party government is on borrowed time. They are out of touch and out of ideas. It is time for a government that offers hope and solutions – a government with real ambition to change things for the better.

Our farming families in Kilkenny were severely let down by Budget 2022 with virtually no new supports to help meet rising environmental obligations or facedown market pressures. Our farming communities are asking for fair play – that means that they need a fair CAP and they need fair prices for their produce.

And the paltry increase to core payments for Lone Parents, Jobseekers and Carers is not enough, which means that many will remain living well below the poverty line. Rates for young Jobseekers will be raised to just €117.50 a week, which is inadequate and discriminatory.

Eligibility for the Fuel Allowance has barely been expanded in the Budget and will only benefit a small number of households. There was also no sign of a desperately-needed discretionary fund to support households locked out of the Fuel Allowance who are struggling with utility costs this winter. There are many low income workers who see no support.

Carers who are the unsung heroes in our communities finally saw their income thresholds raised after 13 years, but with no increase. This simply doesn’t go far enough. For too long Carers have not received the supports they need and deserve, and there is no sign of an increase to the Carer’s Support Grant or the introduction of a Long-Term Carer’s Pension Sinn Fein had proposed.

Increases should not be dictated by how much the Government has to spend on a given year, but based on rates benchmarked against the cost of living. The uncertainty families and workers face each year, is just not good enough.

This was the time to invest in what makes a real difference in the lives of ordinary people. More of the same won’t cut it.

Sinn Fein it is clear after Budget 2022 that we are the only party that will build a better, stronger and United Ireland.

€2.5 million approved to build 12 apartments for the homeless in Kilkenny 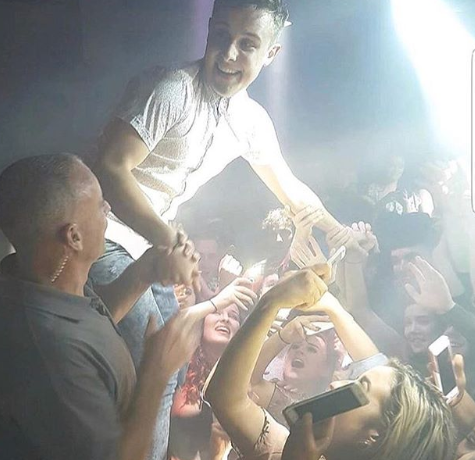