WINE O’CLOCK: Raise a glass to the saint of romance

Saint Valentine put himself about a bit – or, rather, was put about a bit, since his travels began long after his death.

Skeletal remains of the romantic saint were found in a Roman catacomb some 200 years ago. His skull is still in Rome. Other relics have made their way to France, Scotland and the Czech Republic.

In 1836, Dublin’s Whitefriar Street Church acquired what it coyly describes as “some” of his remains, including a phial which may contain traces of his blood, although, since it hasn’t been opened in more than a century, I wouldn’t bet on that.

Hunting down relics isn’t my idea of romance, nevertheless I thought we might follow the saint’s trail to mark the approach of his big day. If you care to plan your Valentine’s night dinner around the his travels you might start with an unusual little sparkler from France. Tuffeau Blanc de Blancs Brut Nature (€19.50, Eleven Deli, Greystones and Cass & Co, Dungarvan) is a sparkling Chardonnay from the Loire region with a crown cap that you flip off with a beer-bottle opener.

To accompany the main course you should stick with the saint’s native Italy. Valpolicella Ripasso Colognola (€13.50, Dunnes) is dark and fruity and goes well with steak or pork.

I am told they make good wine in the Czech Republic, particularly whites from a Riesling-type grape called Kerner, another called Palava and one called Solaris which gives a dry, full-bodied white, a bit like a Chardonnay. I have never seen any of these in Ireland, but you could ask about them in your wine shop.

And what might Ireland contribute to this magical mystery tour? I’m thinking a pint of plain is your only man (Flann O’Brien, around €5 in your local boozer).

But you could try Killahora Rare Apple Ice Wine (€26, Ardkeen Store, Waterford, and other independent dealers). The sharp tang of apple is contrasted with a caramel flavour in what claims to be Ireland’s first ice wine. This is an after-dinner drink to go with, or as, dessert.

They don’t produce wine in Scotland but they do make excellent whisky. So you could toast your partner with a glass of Ardbeg 10-year-old single malt. A bottle will set you back €69 at O’Briens – but, sure, you can’t put a price on romance. 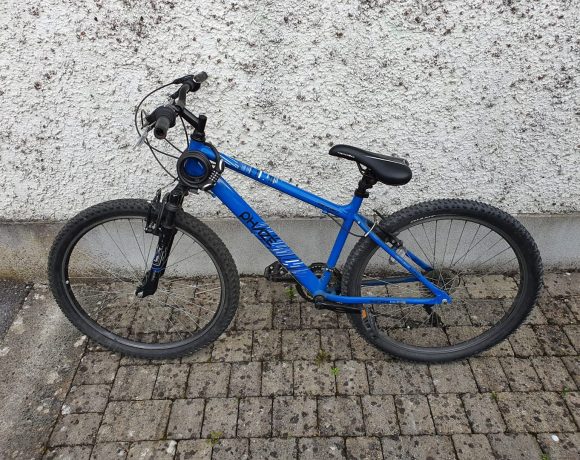 Is this your bike? Kilkenny gardai seek to reunite two-wheeler with ‘rightful’ owner