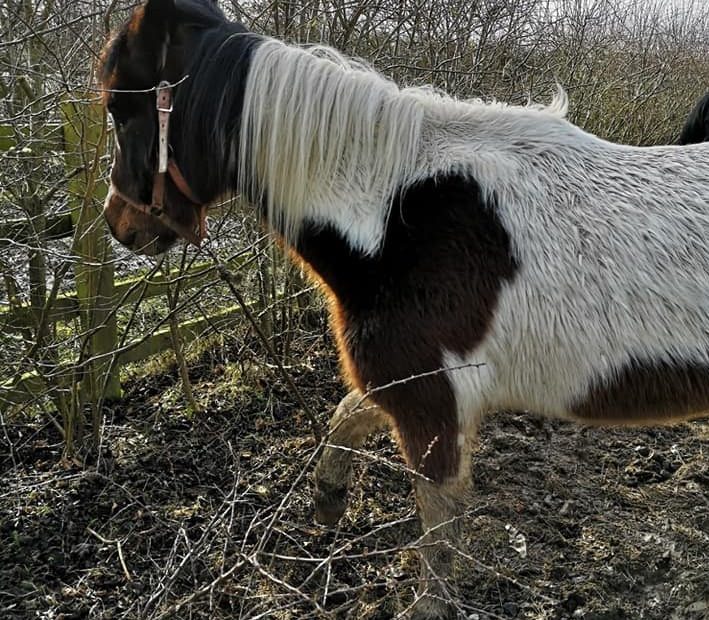 Another horse has been found in a distressed condition on the outskirts of Killkenny city.

An adult pony was found tethered to a fence in the Templemartin area of the city this morning.

There were no signs the pony had feed or water and it did not have a horse-blanket to protect it from the freezing conditions of the last few days.

When it was found the pony was tangled up by the ropes it was tied to which were caught the animal’s legs making it hard for the pony to move.

The misfortunate animal was seized by the gardai, who were assisted by Kilkenny County Council. The animal was taken to a vet to get checked over and see if a microchip can be located.

The owners of the animal now have a week to come forward and claim the pony or else it will be sold, rehomed, or be disposed of.