THE HERO Garda who rescued a man from drowning in the River Nore over the weekend believes her water safety training saved his life.

Garda Caroline O Brien was on patrol in Kilkenny with two colleagues when they got the call about the man in distress in the river near John’s Quay at 2.30am on Sunday morning.

As they arrived at the scene, Garda O’Brien realised she was the only one of the three that could swim. She jumped into the river to rescue the man in his 20s, who was submerged under the water.

“It was a spilt-decision as to what was going to happen,” Garda O’Brien told KCLR.

“As it transpired, I was the only swimmer there so I dived in.

“I wouldn’t say I was afraid. I’m a competent swimmer and have done water safety training all my life.

“I used to go to classes as a child and when I was training in the garda college there was an opportunity to do refresher courses in the evenings, so I availed of that.

“That was the last time I really put it into practice, but it is amazing how it all clicks in at the time.

“I would advise anyone who has the opportunity to do any sort of water safety training, I’d highly recommend it.”

As competent a swimmer as Garda Caroline O’Brien is, she is very aware of the dangers of water and had a warning for people who intend on swimming during the good weather.

“It’s cold, the water is cold. As competent a swimmer as I am, even I got a shock getting into the water, how cold it was. I was shocked – it took my breath away.

“My advice to people is that in a split-second water is one of the most dangerous things and situations can change very quickly. Bear in mind, despite the warm temperatures we have the water is very cold and the body can go into shock very quickly.

The rescued man and Garda O’Brien were taken to St Luke’s General Hospital after they were helped out of the water.

Garda O’Brien was discharged a short time later. The rescued man is also said to be recovering. 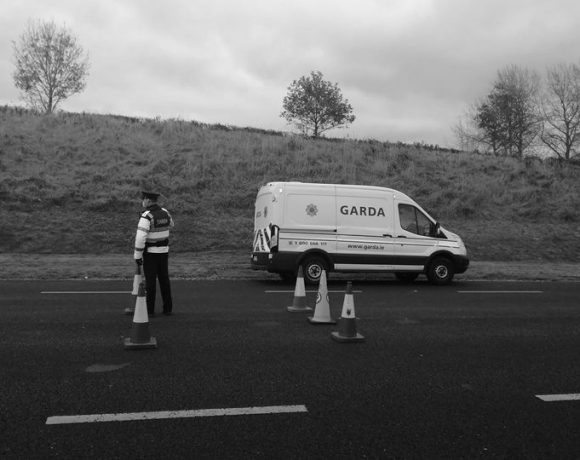