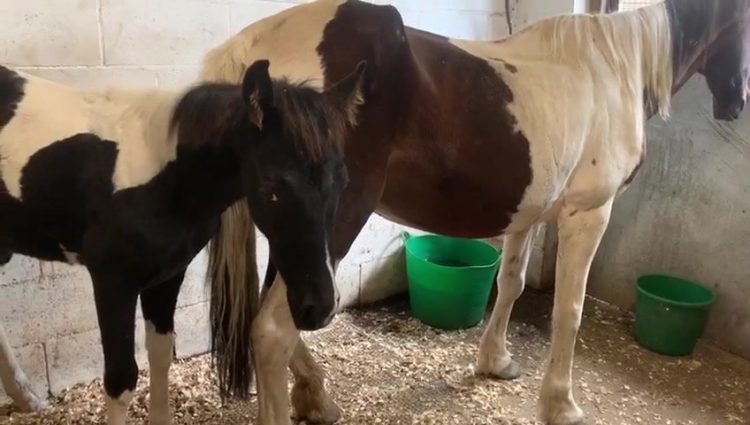 A distressed horse that was rescued by gardai in Kilkenny city last week has been reunited with her foal.

‘Lydia’ was taken into protective custody and then into the care of My Lovely Horse Rescue after she was discovered with a trap attached to her by officers on the beat in the city.

But it subsequently emerged that she had recently given birth. In a follow-up operation, gardai in the city seized a miniature foal and she was then reunited with her mother.

A Garda spokesperson confirmed: “Kilkenny gardai seized a foal that has been confirmed to be belonging to Lydia and shortly afterwards they were reunited. Further to this, a miniature foal was also seized.

“Garda powers under the 2013 Act were once again utilised and again our colleagues in the council assisted.”

Gardai said their investigation “is ongoing in this case”.