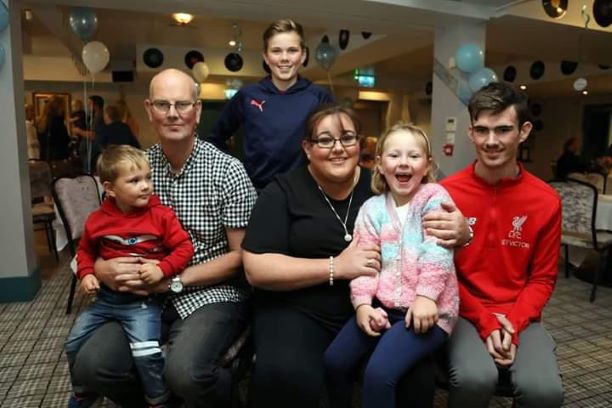 EVERY day is a battle for Kilkenny mother Linda Comerford.

As a mother of children with special needs, Linda is used to juggling school lunches, soccer training while also advocating for their rights to have access to appropriate education and resources.

“My eldest will be 18 this year and I feel I have been fighting since the day he was born, for therapies, for services, for home support, for respite, everything has been a fight. It’s been constant phone calls to HSE Managers. Sometimes you just arrive at their office and sit there until they come out and see you,” Linda said in an interview with KilkennyNow.ie.


Linda’s son Michael has Cerebral Palsy and has severe speech and language difficulties. He is profoundly deaf and partially sighted and this can often lead to Michael being misunderstood and frustrated. Getting him the proper care to suit his individual needs has been Linda’s priority since he was born.

“I have spent the last 18 years jumping hurdles and every time I think I am at the last hurdle another one pops up. Because what might have been a priority five years ago may not be a priority now because his needs keep changing,” she said.

Michael is currently in St Laserians in Carlow and Linda hopes he will get a place in the Delta Centre, an adult day service, this year. Because Michael is turning 18 and will be classed as an adult, his transport service will no longer be available to him. Linda, who is originally from Clara and now lives in Skeoughvosteen with her husband Frank and their four children, said that even if Michael could travel on his own, there is no local bus service available.

Shauna (5) is autistic, and also has ADHD and PDA (Pathological Demand Avoidance). She goes to the mainstream school in Graiguenamanagh that has an ASD (Autism Spectrum Disorder) unit. This has a sensory room, a quiet room and a playroom. The hope is that they will be able to integrate Shauna into the mainstream school with time, but at the moment she’s happier in the ASD unit.

“Shauna would be a flight risk, she wouldn’t cope very well going into shops, it can be too much for her. We could have a great day with her today, where she’s calm and she’s happy and doing her own thing. It’s like a light switch, something tiny could set her off, that we might not even figure out, and then she’s in destructive mode or aggressive mode, she just can’t cope then, she’s overwhelmed,” Linda explains.

Shauna got the last place when a second ASD class opened up and there is still a waiting list. Linda feels lucky that her children currently attend appropriate schools for their needs, but says there are many children in Kilkenny and beyond who are not in suitable classes and as a result their behaviour and mental health is affected.

Linda is the spokesperson for a national campaign called ‘Enough is Enough’, which advocates for equal access to education for children with autism, intellectual disabilities and other complex needs. The group, which is made up of parents and carers, also offers support and advice to each other.

“The vast amount of information I have gotten has been from the parents before me. They are a wealth of knowledge. You are constantly learning from parents who have been there before you,” says Linda. 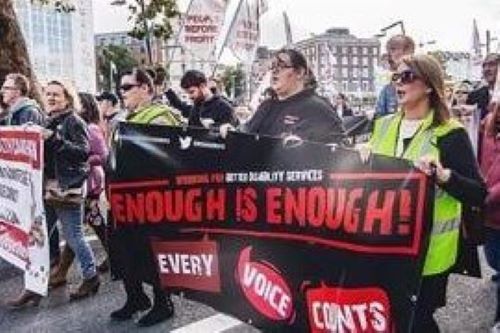 Linda and her husband Frank get eight hours of Home Support a week, five-and-a-half hours for Michael and two-and-a-half hours for Shauna. Linda’s typical day rarely runs smoothly, with her four children going to different schools. Sometimes there can only be five minutes to spare but if someone is having a bad day it adds to the pressure.

“I usually have to put them all into the car to drop Darragh (12) to his pick-up point. Sometimes we’ll miss it because Shauna might decide she doesn’t want to get into the car or because she doesn’t want to stay in her seatbelt and is jumping around, I can’t keep driving with her like that. Some mornings I have to drop her to school first and then drop Darragh to his school, and I have to be back for Michael’s bus. It’s a rush because Frankie has to be in pre-school then for 9:30am,” Linda explains.

Linda’s ‘time out’ these days is helping out with a homeless mobile run with a group of women every second Saturday. They go to Grafton Street and set up tables on the street with hot and cold food, drinks and toiletries. Linda’s son Michael is involved with Carlow Special Olympics Club and Linda sits on the committee as the Memberships Officer and attends meetings once a month. Linda also recently took part in the Sleep Out in aid of the homeless on Kilkenny’s High Street organised by the Good Shepherd Centre.

“I’d be lying if I said I was strong every single day, there are days that I am resentful that my children will miss out on things, especially my eldest because his needs are more significant, he’s never not going to live with me. There are things he’ll never do and I think ‘Why him?’.”

Linda added: “You have those days, you have a bit of cry and then brush yourself off and you get back up to fight another day because you have to, you don’t have a choice. I am going to be a carer until the day I die, but will I be fighting until the day I die?”