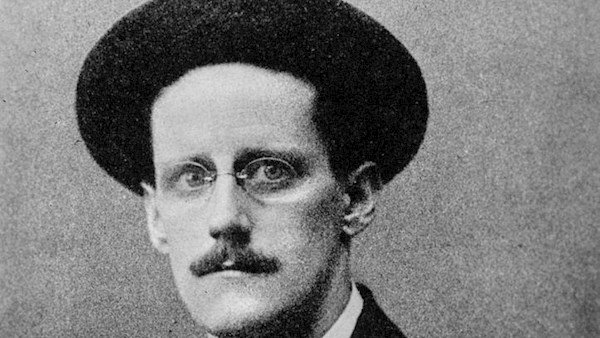 A COUNTY Kilkenny auctioneer is putting an iconic pair of spectacles worn by James while he wrote his major work Ulysses up for public sale today.

The original pair of pince-nez glasses are conservatively estimated to be worth up to €15,000.

The glasses are in good condition and come with a velvet lined morocco case from a Dublin optician, Yeates & Co. The pair also have a nose clip instead of earpieces, with gilt fittings and chain.

The glasses, which are being auctioned by Fonsie Mealy Auctioneers, are in good condition, come with a velvet lined morocco case from a Dublin optician, Yeates & Co. The pair also have a nose clip instead of earpieces, with gilt fittings and chain.

Castlecomer auctioneer George Mealy said: “The glasses are a tangible link to Joyce and they give the world a vision of what Joyce was seeing while writing Ulysses. Indeed they provide a chance to look through Joyce’s eyes. To have the glasses back out in public eye is exciting.

“From the collection of close boyhood friend Thomas Pugh, of the famous glass-making family, who also had eye issues, the glasses have an impeccable provenance and a wonderful item to have.

“The glasses are being sold by the Pugh family and there has been significant interest from China, Japan, Australia and the US. Joyce’s passport from the same era as the glasses sold in Sotheby’s more than three years ago for €88,000. Joyce had trouble with his eyes from early adulthood as did Pugh and the spectacles were gifted to him on one of his visits to Joyce in Paris.”

Joyce’s novel Ulysses was first serialised in parts in the American journal, The Little Review, from March 1918 to December 1920, and then published in its entirety in Paris by Sylvia Beach on February 2, 1922 on Joyce’s 40th birthday.

For years even the most eminent biographers of writer James Joyce have believed he was severely shortsighted.

But evidence in 2011 proves they were wrong he suffered from farsightedness, not shortsightedness.

The new diagnosis was revealed in the British Medical Journal after closer inspection of his prescription glasses.

Joyce, who died in 1941 had delicate health and the Spanish and Dutch researchers pointed out that, “in particular, his failing eyesight were a constant liability in his life and continued to affect and complicate the composition of his work”.

Two autographed letters sent by Joyce to Pugh both dated 1934 thanking him for sending photographs of Dublin along with requesting he visit his home in Paris are also up for grabs with respective guide prices of €6,000 and €8,000.