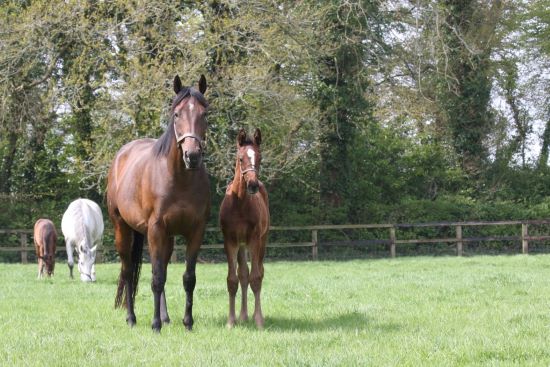 A KILKENNY stud made over €5 million in the space of a few hours from the sale of two yearling colts at the world famous Tattersall’s prestigious Book 1 horse sales.

Norelands Stud in Stoneyford sold the horses, one for €3.5 million and the other for €1.6 million, at the Newmarket sales, recognised as one of the best in the horse-breeding industry.

The sale of the son of the great Frankel sparked a bidding war between Sheikh Mohammed’s Godolphin operation and Coolmore Stud in Tipperary, with Godolphin eventually coming out on top after paying a whopping €3.5 million.

Earlier in the day, Coolmore outbid Godolphin to land another Norelands colt for the princely sum of €1.6 million.

Harry McCalmont of Norelands told Tattersalls after the sale: “I am not often lost for words, but I think I am now. This is easily the best price we have had in the sales ring, and the second-best we achieved this morning!

“There has been a lot of interest in him, there were some serious people who liked him. However you never know what is going to happen until you get to the ring.”