MICHAEL WOLSEY: A very Maggie Christmas to you one and all 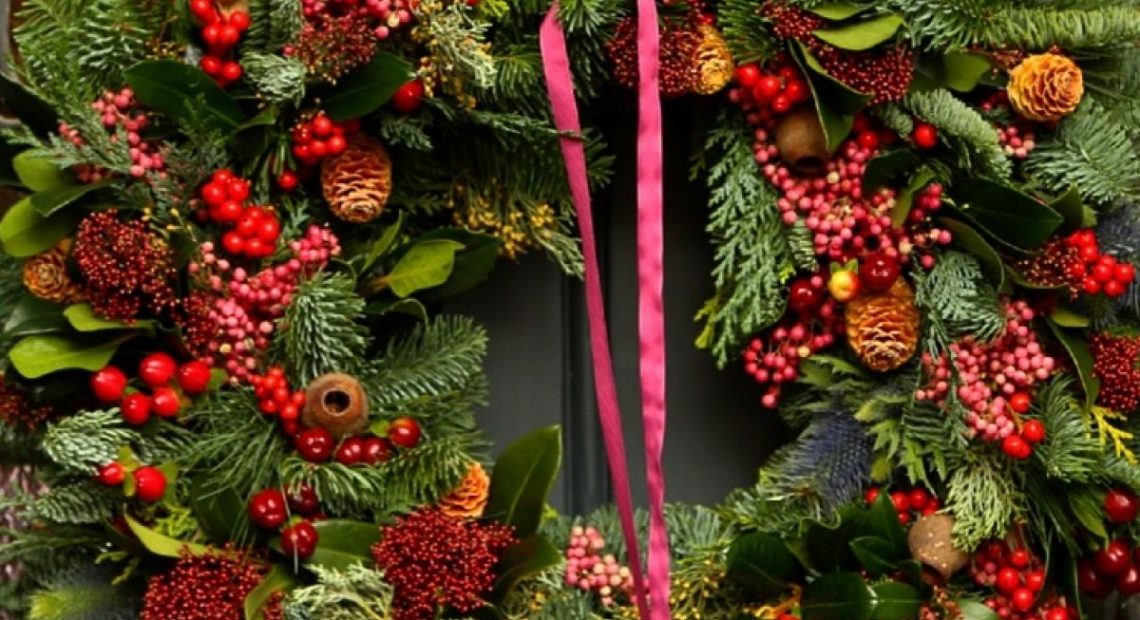 It is my first real memory of Christmas. I was aged three, I guess, and I woke on Christmas morning to the sound of music. There was a choir right outside the door of my grandparents’ house and they were singing Silent Night.

In later years I discovered that the choir was from our local church. They had this lovely tradition of serenading the streets of the parish on Christmas morning, stopping at the doors of families they knew well.

For three-year-old me, they had arrived by magic. If I had been told Santa had sent them  and that the tenors and sopranos were his elves, I would not have doubted it. On Christmas morning, anything is possible.

I was ready to race downstairs but my mother restrained me. First, there was another musical tradition to observe, From the front parlour came the notes of a piano – my grandfather was playing Come All Ye Faithful.

And, faithful or not, we did all come, the adults and the children: my grannie, my dad and mam, her younger sister who lived at home, her older sister who lived in London and her two children, my cousins, home for the holiday. And me.

Together we celebrated Santa’s boundless generosity and exchanged our personal gifts.

There were two ‘living rooms’ in my grandparents’ house. The parlour, which was in use all the time, and ‘good room’ which was only used for special visitors and at Christmas.

Both rooms were heated by open fires. The one in the parlour was rarely allowed to go out. On Christmas morning, when its embers had been revived, one of the adults would transfer live coals on a shovel to light the fire in the ‘good room’. This, it seemed to me, was another piece of Christmas magic, a little bit of theatre up there with the choir and the parade for presents.

I presume that, on Christmas morning, we must have attended the same church that sent the choir. But I must admit I don’t remember that at all – so much for the true message of Christmas!

I remember the fire-lit front room, the funny paper hats, silly jokes from crackers and the many courses of dinner, a meal we normally had in the middle of the day but which, on Christmas Day, got moved to mid-afternoon – another little touch of exotica.

On St Stephen’s Day there would be many callers at my grandparents’ house but on Christmas Day we only had one visitor. She was my grannie’s sister, known to me and everyone else in the house as Aunt Maggie.

She was a formidable, rather stern woman who, because of any accident, walked with the aid of a stick. She owned a small draper’s shop and appeared to dress in items picked at random from its stock; a blue felt hat with a feather, a frumpy old cardigan pulled over what looked like  quite a glamorous ball gown and – shock! horror! – green tinted stockings with garters that showed when she sat on our low-slung sofa.

Most incredibly, she wore a fox-fur stole with a real fox’s head on it. Can that be true? It’s what I remember and, as I said, at Christmas anything is possible.

Maggie insisted that she didn’t drink alcohol. But at Christmas she might be persuaded to sip a wee sherry. Any maybe just another wee one and maybe even a third.

And I remember Maggie entertaining us with a few verses of, not a Christmas song, but When Irish Eyes Are Smiling. And every Irish eye in that house was smiling indeed.

Those are among my happiest Christmas memories. I have others to match them, of great times spent with my own children, and, in more recent years, with my grandchildren, since the wheel has turned full circle.

The great memories all come from simple little things like the ones I have described. And I would stress that to parents who are worried their children are missing out this year because there are no big gatherings, no parties, no Santa in the shops.

It’s not the big things that make the big day and the great memories. Just have yourself a merry little Christmas.

*For more than 50 years, Michael Wolsey has been writing columns and comment pieces for newspapers in Ireland and Britain and a collection of these has now been published by Amazon.
‘As I was Saying – Fifty Years of Comment from the Columns of Irish Newspapers’ is a wry look at changing times and issues that are sometimes serious, more often humorous. All proceeds from sales of the book will be donated to Nala, the National Adult Literacy Agency, which helps adults who have difficulty reading.
‘As I Was Saying’ can be ordered from Amazon or the Kindle book store in both e-reader and paperback formats.