I have just returned from staycation with my extended family in a house we rented through Airbnb. It was a lovely house and I would be happy to go back to it but I’m not sure if the Government will let me.

The people who own the house, a couple in their seventies, live in it for part of the year, and Housing Minister Darragh O’Brien doesn’t approve of such ‘short-term lets’.

He believes Airbnb is luring landlords who would otherwise make their homes available for residential renting. He told the Sunday Business Post he plans to move against these holiday rentals as part of the Government’s Housing for All policy.

Mr O’Brien intends to force short-term letters to seek special planning permission and a licence. If they don’t get approval it will be illegal for them to list their properties on the Airbnb site or similar platforms such as Vibro and Booking.com.

The minister is modelling his plan on one introduced  two years ago in the Portuguese capital, Lisbon, which he says has been a success.

“It has had an effect already in making sure properties are let out for appropriate periods,” he told the Business Post.

I have no doubt he is right, for I have read several reports about the Lisbon scheme which make the same point. But Mr O’Brien did not claim that the scheme had resulted in any increase in residential renting in Lisbon and nor did any of the reports.

A study of the project, presented to the annual conference of  Royal Economic Society in London, suggested that the main effect had been to reduce the number of properties for sale in tourist areas of Lisbon. People were unwilling to spend on properties if they could not recoup some of the money by short-term letting. Prices fell, but so did demand; there has been no significant increase in accommodation  available for residential renting and no reduction in the rents paid by tenants.

This does not bother the Lisbon authorities because they weren’t trying to increase residential renting when they imposed the restrictions. They feared the tourist areas of their city were being overwhelmed by visitors and wanted to stem the tide. Other cities, such as Paris and Barcelona, take the same view and are considering similar rules.

Maybe a tourist curb is also needed in Dublin, although it is hard to support the argument when looking at the desolation Covid has brought to our capital. It is certainly not true of any other Irish city. They are trying to attract tourists, not limit their numbers.

In any case, the argument about tourist numbers is beside the point. Mr O’Brien believes a measure like the Lisbon scheme could increase the availability of properties for residential renting. There is no evidence to support that theory and my personal experience suggests that the minister is wrong.

I have rented Airbnb properties seven or eight times over the past decade, in different parts of Ireland and in France and Spain. All but one – an apartment in Paris – were homes where the owners lived for at least part of the year and which they would not let on a longterm lease.

The owners of the house we recently rented spend their summers with friends in the Canaries. They also vacate their house at other holiday periods, often at Easter and sometimes at Christmas. They might put it on the Airbnb market at other times if they get a good offer, but they expect to spend at least 30 weeks of the year in their home and they would not dream of leasing it for residential accommodation. If they could not rent it to tourists they would leave it empty or maybe, they thought, sell it and buy somewhere cheaper. Either way, nothing Mr O’Brien does will put this house on the residential rental market.

But why should the minister do anything of the sort?  What people do with their own homes is no business of his.

If, by stringing together short-term lets , a house owner turns a private dwelling into a small business, then of course the development should be subject to planning permission, but it should be determined by normal planning rules, relating to, say, parking, street signs and frontage, not by some licensing law aimed at Airbnb.

If the Government wants to penalise Airbnb landlords to curb tourism or for some reason of its own, it should say so. But, please Minister O’Brien, do not continue to peddle the delusion that this scheme will in any way help to provide Housing for All. 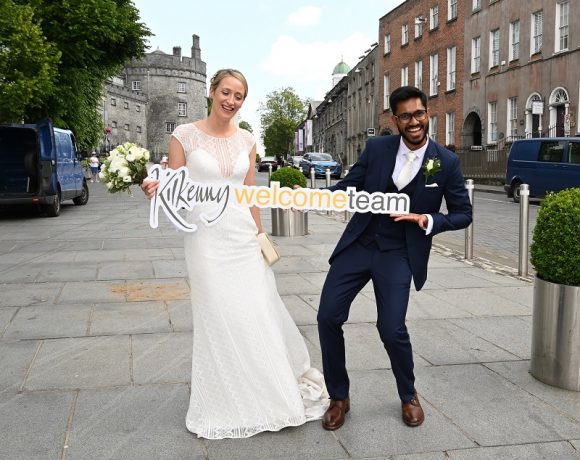 Welcome to Kilkenny: Army of trained volunteers on hand to guide visitors to city