MICHAEL WOLSEY: The only deal that interests Boris is a good deal for himself 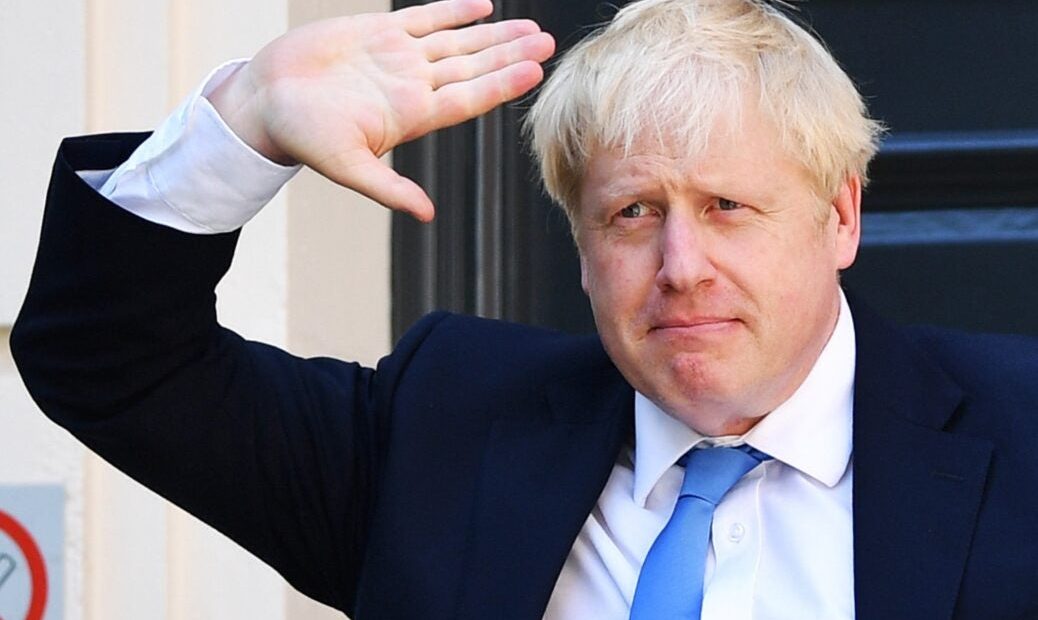 The term Perfidious Albion has never been more richly deserved than now, because of the two-faced contortions of Boris Johnson’s government over Brexit and the Northern Ireland protocol.

Consistency is not a quality associated with politicians in general, but I cannot recall the leader of any other democracy ever threatening to renege on an international agreement  less than two years after signing it. And Mr Johnson not only signed it, he commended it in extravagantly favourable language.

To get the top job in British politics, Mr Johnson scuttled a deal negotiated by Theresa May which would have taken the entire United Kingdom out of the EU but left it in the customs union with most of the benefits of single market access.

He then announced that he had a better “oven-ready” deal and he signed up to this agreement, which he said was “excellent” and “great”,  a “fantastic moment”  that would “bring to an end far too many years of argument and division”.

Mr Johnson is now prepared to break this “fantastic” agreement and his former adviser, Dominic Cummings, says that was always the prime minister’s avowed intention. I put no faith in anything Mr Cummings might say, but in this case I can see no reason why he should lie. Ian Paisley, the DUP politician, says Mr Johnson told him the same thing in regard to the Northern Ireland protocol.

The protocol gave Northern Ireland the benefits of the Theresa May deal, while Britain was landed with tighter restrictions that have contributed to the problems of empty spaces on supermarket shelves and filling stations without petrol.

The protocol gave Northern Ireland the best of all worlds, but unionists never liked it because it treated the North differently from the rest of the UK. Mr Johnson didn’t care. It allowed him to boast that he had got Brexit done and that secured his re-election with a handsome majority.

And why should he care since, according to Messrs Cummings and Paisley, the happily re-elected prime minister never had any intention of honouring the agreement?

Well, he should care because it is dangerous to dabble in the politics of Northern Ireland. A fuse lit in London is likely to end with an explosion in Belfast. But that doesn’t bother Boris, who never looks further than his own selfish ends.

He should also care because the reputation of his country is at stake. The EU has offered good concessions on the protocol and is prepared to negotiate further. But if they reach a new agreement, can they have any faith that Mr Johnson will abide by it?

Britain’s chief Brexit negotiator, Lord David Frost, was asked in parliament if his government set any store by respecting an international agreement. Grinning like the Cheshire cat, he replied that signing an agreement was one thing but living up to its day by day implications was another matter.

As Leo Varadkar asked, who could trust a government that is so unprincipled?

Nobody should. But Boris Johnson’s lack of principle may yet rebound on the Brexiteers. For the moment he is happy to humour extremists like Lord Frost, but will he hold to that position if this endless argument threatens his  popularity by, say, provoking a trade war or destroying prospects of a deal with the US?

Mr Johnson boasts of having got Brexit done but it is an empty boast so long as the protocol row rumbles on.

That’s not the sort of news a populist like Mr Johnson wants to hear. He has stabbed Theresa May in the back, betrayed the unionists and dishonoured his pledges to the European Union.

If it suits his interests he will just as readily abandon the hardline Brexiteers who are now his allies. The only deal that really interests Boris Johnson is a good deal for himself.

Not an iPhone X! Conmen dupe woman into buying bag of sugar for €200