SINN Féin leader Mary Lou McDonald and her election candidates breathed a sigh of relief as they took a break from the campaign trail in south Kilkenny.

Billy’s Tearooms & Shop, the hugely successful non-profit community cooperative that has played a pivotal role in revitalising the local community, was a natural staging post for a political team looking to hoover up some votes.

But this wasn’t just another photo-op, according to Billy’s Tearooms committee chair Noreen Murphy (pictured above with Mary Lou and the Sinn Féin team).

Noreen told KilkennyNow.ie: “Mary Lou, Kathleen, Liadh and David, who is from the area, stayed around an hour and a quarter. We knew they were dropping in in advance but we didn’t expect them to stay for so long.

“Mary Lou was very interested in the whole story behind Billy’s Tearooms, how the community has come together to create something that benefits the area and the work that the volunteers do.

“They had some tea, coffee and cakes and seemed to have a good time chatting and engaging with people.”

The Sinn Féin leader praised the community spirit and the efforts of the volunteers who have made the cooperative, which featured on RTÉ’s Nationwide earlier this year, such a success.

She urged voters to back Cllr Kennedy and Ms Ní Riada in tomorrow’s elections and praised their track records representing the local community and constituency. 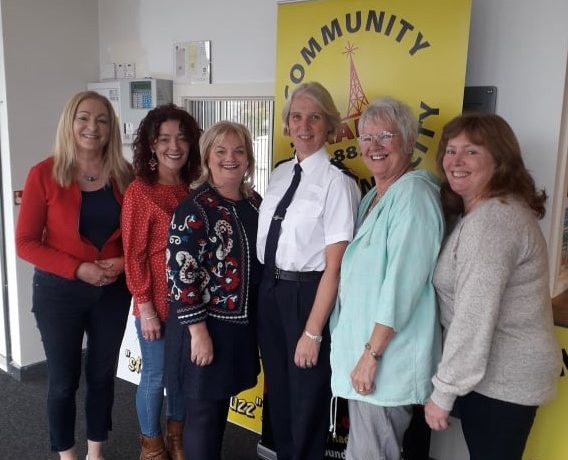