By the time you read this, most of the Green Party members will have voted on the Programme for Government.  It is all over bar the shouting, which will come on Friday when the counting stops.

Since I would like to see a stable government formed, I am hoping for a Yes vote.  But, with a two-thirds majority needed for approval, it seems likely that the No side will be shouting louder.

They may not be cheering for long, however, for rejection would present the party with huge problems that could sink it for years to come.

The first consequence would be a change of leader.  Eamon Ryan has backed the three-party coalition deal and invested all his authority in it. I do not see how he could continue to lead a party that rejects his guidance on such an important matter.

Mr Ryan is facing a leadership challenge from his deputy, Catherine Martin, and if the Greens will not go into government, I guess he will step aside and leave her to it.

But Ms Martin has also backed the coalition programme, albeit half-heartedly, so the transfer of power will not be a simple matter.  She will be leading a deeply divided party and there will be pressure  on her also to step aside in a favour of a compromise candidate.

The new leader, whoever it is, will have only a bit part to play in the drama that follows.

The most likely result of a No vote will be a coalition of Fine Gael, Fianna Fáil and some Independents, either as a long-term project or as a stop-gap to allow the passage of some vital legislation and to keep the country ticking over until medical advice says it is safe to go out and vote in a general election.

In either event, the Greens will sacrifice many of the gains they negotiated into this Programme for Government.
Independents, in a long-term government, will want to see more emphasis on road building, they will support the liquid gas terminal on the Shannon and will take a more relaxed approach to reducing carbon emissions.

If there is a short-term government, these matters will simply be sidelined pending the result of another election.

Some Greens hope the next election will return them to power with Sinn Féin. But if recent opinion polls are correct, the big winner is likely to be Leo Varadkar’s Fine Gael who will have the strongest hand to play in forming a government.

Sinn Féin will hold its own and dominate the opposition and there will be no role for Green TDs  – if, indeed, there are any Green TDs.

About half the party’s twelve deputies got their seats on the strength of Sinn Féin transfers and at least  three of these were in constituencies where SF did not run enough candidates to take advantage of its strong vote.  Sinn Féin will not make that mistake again.

In any case, voters will not be kind to the Greens.  People do not want another election and will punish parties they believe caused it. The Green Party is the obvious target. And I can’t see any transfers coming its way from Fine Gael or Fianna Fáil.

Rightly or wrongly, the Greens will be viewed as toxic – a party that refuses to compromise and will only go into government if it gets every single thing it asks for.

Sinn Féin will bear that in mind if it should end up the winner at the next election or if some unexpected twist gives it a more immediate chance of forming a government.  Mary Lou McDonald is no pushover and she won’t be shoved around by the Greens.

As I said, it’s all over now bar the shouting.  I hope the Greens won’t be shouting at each other from the opposition benches on Saturday.  If so, I expect the Green shouts to be followed by Green tears as they realise the opportunities they have missed and count the cost of intransigence. 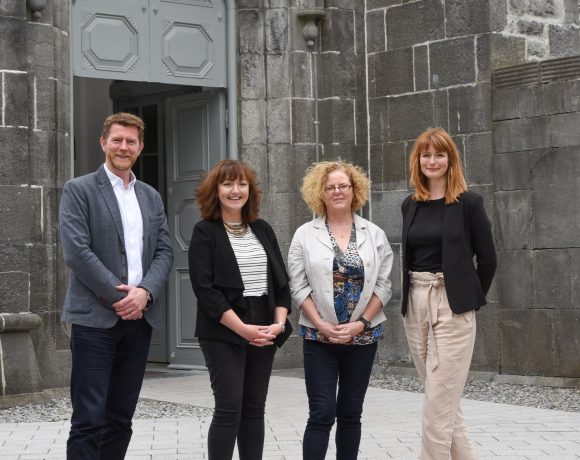 SUNNY DAYS: best weather of the year could hit Kilkenny this week