KILKENNY’S Ronan Tynan – Ireland’s finest tenor – will return to serenade the Marble City for his first concert in his hometown for years.

The double-amputee has been announced as the headline act of a stellar summer line-up for at the award-winning Ballykeeffe Amphitheatre in Kilmanagh.

Tynan has gained huge international acclaim throughout his career and has performed for US presidents including George H W Bush, George W Bush and Bill Clinton, as well as at the state funerals of George H W Bush and Ronald Reagan.

The Kilkenny tenor will joined by a host of big names as the stunning open-air venue celebrates its 20th anniversary this year.

The legendary Finbar Furey will take to the stage with his unique style of music which has left a lasting legacy for the past 40 years, while Irish rockers The Stunning will make their welcome return to Ballykeeffe Amphitheatre. 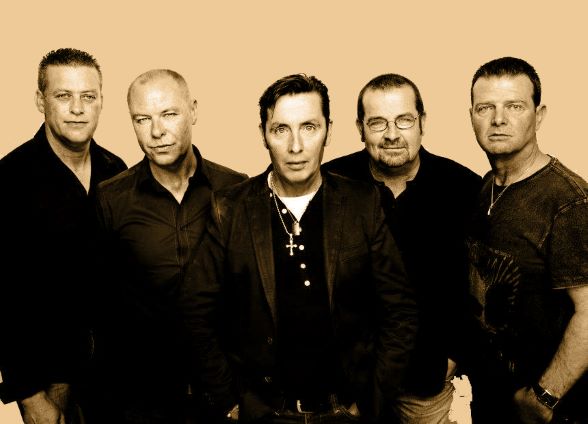 This summer will also see the return of Monaghan’s Marty Mone, following a hugely successful gig last year, for what’s sure to be another lively night.

Indie folk band Villagers will make their debut appearance at the Kilmanagh venue. And another new addition to the bill, the critically-acclaimed Chasing Abbey, will also perform at the Amphitheatre for the time.

Other on the bill for the 2019 summer season of open air gigs include Altan, who have recently released a brand new album, and Aslan (pictured above), who will round off a bumper season with favourites from their much-loved repertoire spanning 25 years.

The Chapterhouse Theatre Company will return with an open-air production of Shakespearean classic A Midsummer Night’s Dream for what’s set to be a magical evening under the stars.

Nestled at the foot of the old Ballykeeffe Quarry, Ballykeeffe Amphitheatre, which is run entirely by volunteers, brings the authentic atmosphere of an open-air Italian theatre to the quaint Kilkenny countryside.

Matt O’Sullivan, Chairman of Ballykeeffe Amphitheatre, said: “We are delighted to reveal our exciting line up for 2019, which we believe has something for everyone. We’re thrilled to be celebrating our 20th anniversary this year, and the amphitheatre is truly becoming bigger and better each year. Thank you to all of our hard-working volunteers, generous sponsors and supporters who make everything we do possible. We’re looking forward to welcoming both new and familiar faces to Ballykeeffe Amphitheatre for another spectacular summer season” Tickets are available from Eventbrite.ie and local outlets.