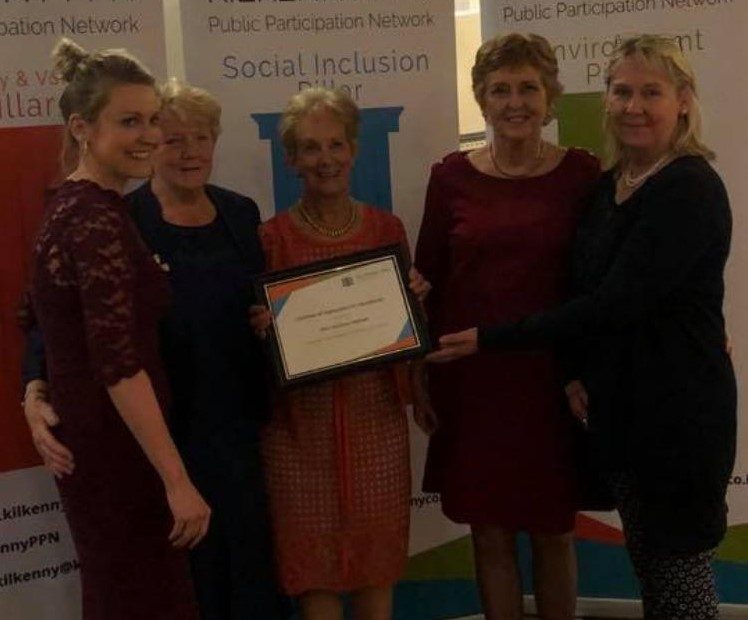 VOLUNTEERS from the highly successful Ballyhale-based cooperative, Billy’s Tearooms and Shop, have been recognised for their contribution to the local community.

The volunteers who have helped to breathe new life back into their community were presented with a ‘Certificate of Appreciation for Volunteerism’ at the Kilkenny Public Participation Network (PPN) awards in the Ormonde Hotel last week.

Accepting the award on behalf of the 50 or more volunteers at Billy’s Tearooms were Mai Shefflin, Margaret Cuddihy, Nuala Cummins and Frances Kennedy (pictured).

Kilkenny Public Participation Network is a network for groups involved with their community. It offers a platform by which the local community can engage with Kilkenny County Council and have their say on local government issues.

Billy’s Tearooms gave a presentation to the audience about the background to setting up the shop and tearooms, its fundraising efforts and organising rotas.

Noreen Murphy, chairperson of the Billy’s Tearooms and Shop committee, told KilkennyNow.ie: “We gave a 15-minute presentation covering the story of Billy’s, where we started in August 2015 with a derelict building with no roof and floors. We spoke about where we had come from and the support we needed from Kilkenny County Council and Leader, and the fundraising efforts we made.”

Without the help and support of the local community, Billy’s Tearooms and Shop would not have been possible.

“It’s important that we recognise how the volunteers are contributing to the community. Without them, Billy’s Tearooms wouldn’t work. Volunteering is the lifeblood of the business,” Noreen added.

Ballyhale and the surrounding parishes if Knocktopher and Knockmoylan, have benefited hugely from the non-profit cooperative venture.

“The village came alive the day Billy’s opened. It’s a hub, a meeting place for the local community and also for communities far afield,” Noreen said. 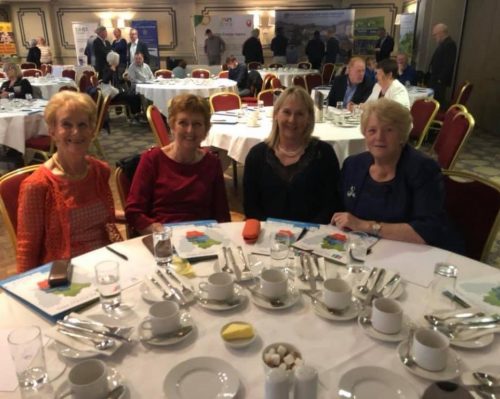 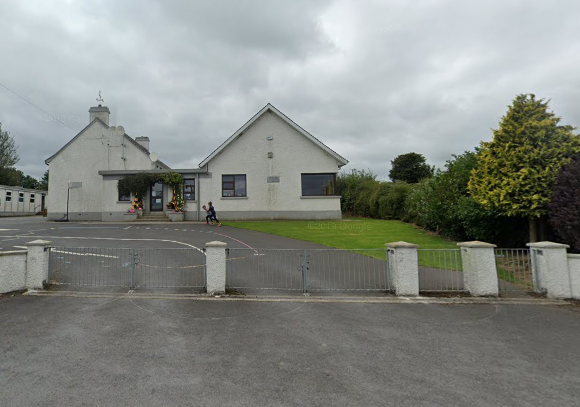