A SPEEDING motorist was arrested after they were clocked doing 173km/hr on the M9 at Paulstown yesterday evening.

The driver was caught red-handed (pictured below) by members of the Kilkenny Roads Policing Unit who were out in force for the busy bank holiday weekend.

They pursued the speeding driver before ordering him to pull over.

The motorist was arrested and taken to Kilkenny Garda Station for questioning.

The driver was charged with road traffic offences and is due to appear before Kilkenny District Court.

A local Garda spokesperson said: “Gardaí are warning motorists of the dangers of speeding and the consequences of their actions on this bank holiday weekend.” 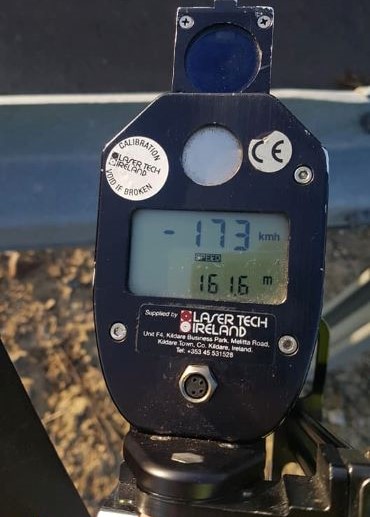