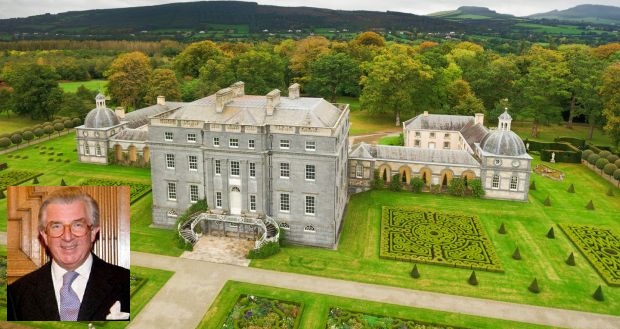 A BRITISH Lord who recently lost the right to live in a salubrious Kilkenny estate has found himself at the wrong end of another legal dispute.

Lord George Magan, the 73-year-old Conservative peer and former treasurer of the UK Conservative Party, was this week given a jail sentence for being in breach of a court order.

Last month Lord Magan, a member of the British House of Lords, lost an entitlement to tenancy case in Dublin’s High Court and was told to leave the €20m Castletown Cox estate in Castletown, Co Kilkenny.

The vast Palladian house and estate, just two miles from Carrick-on-Suir, became the centre of a court battle between Lord Magan and the trustees acting on behalf of Castletown Foundation Limited, who required him to leave the estate he had himself restored, after he fell in arrears with tenancy payments.

This week Lord Magan was found to be in breach of an order to supply financial information to his estranged wife following the breakdown of their marriage.

He was given a one-week jail term, suspended for six weeks, after the Judge in the hearing in London ruled he was in contempt of court.