A high-speed chase across county Kilkenny ensued after a man, suspected of being involved in a crime spree in a Kilkenny town, failed to stop at a garda check point.

The man, in his 40’s with an address in Dublin, had a lucky escaped after he totalled the van he trying to get away in. The van had earlier been stolen and contained items the man illegally acquired from people’s properties.

The incident occurred on Monday night. Gardai patrolling in Thomastown after receiving reports of a number of burglaries in the town that day. At 10.30pm they were responding to another reported burglary incident, when they came across a white Volkswagen Caddy van driving erratically.

The gardai attempted to stop the van on the Dublin Road but the driver had no intention of stopping and speed through the Garda roadblock. A high-speed and dangerous chase ensued as the man sped through county Kilkenny’s country roads in the direction of Dungarvan, through Goresbridge.

The chase came to an abrupt end however when the man lost control of the van, crashing just outside of Gowran.

Gardai found a haul of stolen goods in the van and then discovered the van itself was stolen.

Earlier in the day there were numerous reports of break-ins in the Thomastown area.

The man was arrested and charged in relation to the burglaries. He was brought to a special sitting of Carlow District Court yesterday and was remanded on bail to appear at Kilkenny District Court on April 24. 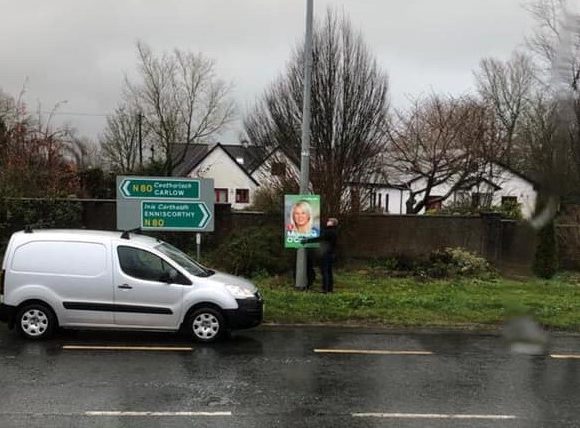