Eamon Ryan wants a high speed train from Cork to Letterkenny. I don’t want to worry the Environment Minister, but in this country you can wait an awfully long time for a train.

While you’re waiting, minister, here are a few figures you might ponder.

Japan’s  famous Bullet Train has achieved a top speed of 581km/h and averages 300km/h. France’s TGV beats that with an average speed of 574km/h as it glides from Marseille to Paris. In China, the  Harmony Express  has a more modest top speed of 350km/h but still averages a pretty nippy 250km/h between Beijing and Shanghai.

Ireland’s intercity trains travel at around 45km/h on average. Their top speeds really don’t matter because none of them ever reaches top speed or anything like it.

On some stretches of line they will exceed 120km/h, and you may see them pass cars travelling at this speed, the legal limit for a motorway. At other times, trains may be overtaken by a cyclist or even a pedestrian. Sometimes, for no obvious reason, they  come to a complete halt and wait for a while.

I have calculated the average speed from the departure and arrival times given on Irish Rail timetables, but these averages are almost as meaningless as the top speeds for, as any regular Irish Rail user will tell you, intercity  trains rarely stick to schedule.

General inefficiency  apart, there is one clear reason why Irish Rail’s trains travel so slowly: they are using an infrastructure that is not fit for purpose.

Most of the routes, for most of their length, have a single track running in each direction, so any breakdown has a lengthy knock-on effect. If an inter-city train is late it will hold up commuter trains which use the same track. If commuter trains are given priority, the inter-city services have to wait, which is why they often crawl into stations or come to a complete halt a little outside them.

If Minister Ryan’s train from Cork to Letterkenny travels at  current intercity speeds the trip would take about 10 hours.  The journey by car, allowing for a couple of stops, takes around six hours, so I don’t think there would be any  rush for train tickets.

But, there again, I doubt if many people want to go from Cork to Letterkenny.  What many of us would like to do is to travel by rail , at a reasonable speed, on the relatively short distances between our main cities. To achieve this, governments need to spend money updating the service we have, not waste it on routes nobody wants.

And we are talking about a huge amount of money to make Mr Ryan’s dream come true.

For more than a decade now, the British government has been struggling with plans for a high-speed rail link between London and Leeds, in the north of England. It still hasn’t got past Birmingham and probably never will, because the cost is so enormous. It rises by the month – a bit like the price of our children’s hospital – and is now put at more than €110 billion.

If the British project is ever completed it will join London, which has a population of just under 10 million,  with Leeds (pop 780,000), passing through several large cities on the way. The final destination for Mr Ryan’s dream line is Letterkenny, with a population of just 16,900. But the lack of potential passengers will not reduce the price of getting a track there. If it costs €110 billion in England, you can bet your life it will be no cheaper here.

There is no demand in Letterkenny for a direct line to Cork. What people there would like is the reopening of an old rail link to Derry, the nearest city. With the co-operation of the Northern Ireland Executive that would be quite feasible and is the sort of project money should be spent on. Reopening the Wexford to Waterford line would be another good investment.

Irish Rail needs direct links between more of its lines, so that every service doesn’t have to run through Dublin. It needs more track and more platforms at the bigger stations. It needs more carriages, because so many trains are recklessly overcrowded. And it needs expansion of its freight service.

All this can be achieved for a lot less than €110 billion. I doubt if even that expenditure would get us a rail line from Cork to Letterkenny but might be a fast track to the international bankruptcy court. 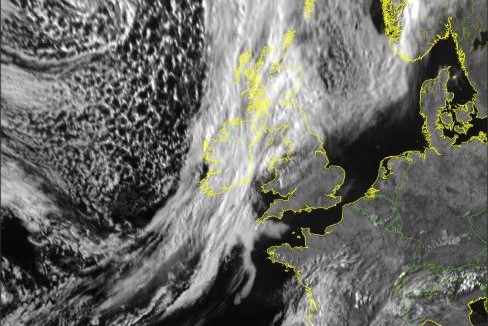