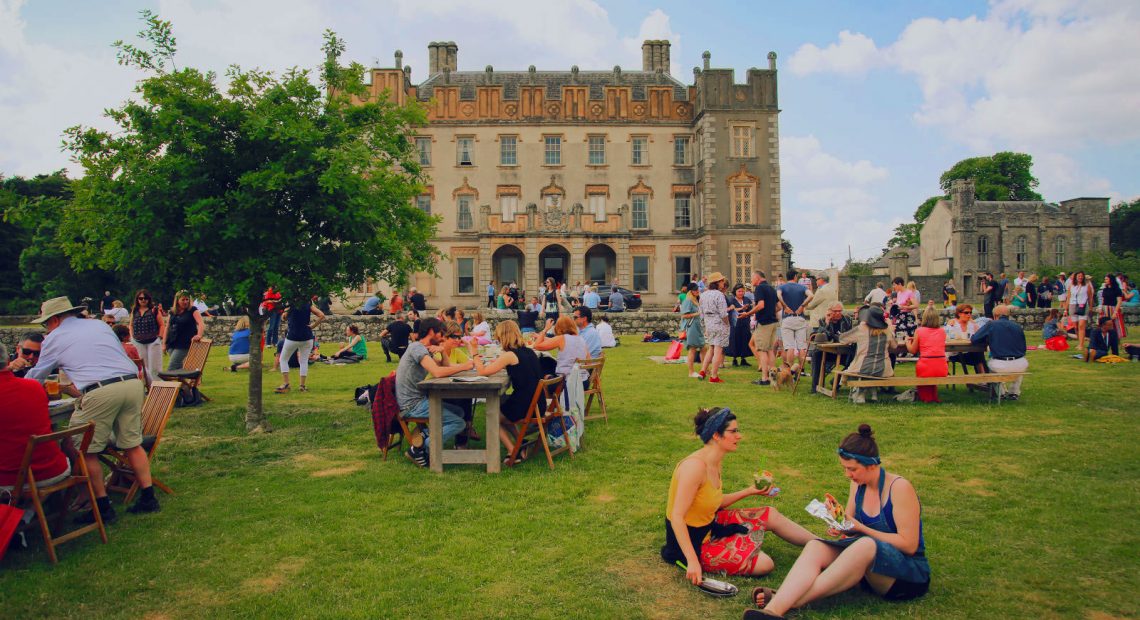 THE eighth year of the Borris House Festival of Writing and Ideas was its most successful to date, welcoming up to to 1,100 every day.

The festival took place last weekend on the beautiful grounds of Borris House, with over 100 speakers and musicians delighting audiences with their music, poetry and prose.

Festival Director Hugo Jellet told KilkennyNow.ie: “I was so delighted with how it went. It went very well in so many ways, so few things went wrong. I really felt on Sunday evening that people were going away feeling like they had a lot more to think about.”

Some of the funniest moments were Simon Farnaby (actor and co-writer of Paddington) outing James Franco as his least favourite person to work with, after persistent urging from children in the audience. Earlier in the day he had also impersonated a racehorse for fifteen minutes. And Kit de Waal, sharing with the audience what reading material was available in her house when she was growing up, brought the house down: “The Bible and The News of the World, two great works of fiction.”

According to Hugo, next year’s festival is already in the works. He said: “We started planning for next year about three months ago. Typically, from a programming point of view there are a lot of people who couldn’t make it to this year, so they commit to coming next year instead and suddenly it begins to build into an early programme.”

Possible changes to next year’s event may include an extended children programme and perhaps a change to the ticketing format.

The dates for the 2020 festival is likely to be June 12-14. You can stay updated by signing up for a newsletter at https://festivalofwritingandideas.com/

WINE O’CLOCK: Pop your cork and taste the stars