For a long time, it was unclear how the legal situation regarding gambling would develop in this country and what the restrictions for private users might ultimately look like. Gambling is extremely popular among Irish people, even by European and even global standards, and interest in it clearly cuts across all age and income groups. This means that the upcoming reforms will affect a particularly large number of people at the same time.

Although the new law is not expected to come into force until August 2022, the first details have now already been published. This puts an end to the guesswork, at least to a certain extent. However, the disillusionment about the announced changes is great.

After all, many gamblers had hoped to be able to pursue their passion with less strict regulations in the future. At the same time, however, the new law, the so-called Gambling Control Bill, is likely to be a hard blow for the entire gambling industry. After all, the existence of both brick-and-mortar casinos and online providers like JohnSlots Ireland is based entirely on the gaming revenues of their customers. Since then, these could be generated quite unproblematically. This explains why a large number of new gambling operations have appeared on the Irish market in recent years.

But why are changes necessary at all and what exactly will they look like? What do users need to be aware of in order not to come into conflict with the law when the regulations come into force?

The previous legal situation in gambling

Up to that point, the directive, which dates back to 1956 and bears the name Gaming and Lotteries Act, was in effect. Of course, at that time it was still miles away from anything that takes place in the online market today. And that is precisely why those responsible in the Irish government saw the urgent need to redefine the legal situation.

However, voices for a new regulation have also been raised from the ranks of those affected. Most recently, the IBA, the Irish Betting Association, has been campaigning for a change in the law. Player protection groups also got involved in the discussions in the run-up. Understandably, they are primarily concerned with raising awareness of the dangers of gambling addiction and ensuring fair gaming.

Accordingly, paragraphs were recently passed which, above all, clearly delimit the topic of online gambling and online betting once and for all. Since then, this entire business has basically moved completely in a legal vacuum. The rights and obligations of both providers and end customers could therefore simply not be clearly defined. Moreover, gambling was neither officially labeled as illegal nor recognized as legal. Ireland was relatively alone in this respect in Europe; most other countries had long since established a clear direction for themselves, at least with regard to legality, although this has since been revised in many countries.

This unclear legal classification also explains why online sites were tolerated inactively for years – they simply couldn’t be pigeonholed and no one really knew what should ultimately apply to this type of company. The industry benefited from this, of course, because it also made business in Ireland very interesting for gambling companies and betting shops based abroad. Due to the strong competitive situation, the providers outbid each other with extras and bonus services.

With the new version of the law soon to come into force, at least legalization has been clarified without controversy – this will be granted to any gambling provider or bookmaker as long as they comply with the regulations that will apply from now on.

What specifically changes for operators?

First of all, any gaming company that wants to continue operating legally under the new law must officially register. For this, it is necessary to fulfill certain points and to provide insight into its business practices. Only when this is done, the license may be deposited on the own website as a quality and security criterion. In order to get serious about compliance right from the start, there is talk of immense penalties, ranging from 10 percent of net annual sales to 20 million euros.

Particularly serious are the restrictions enforced by Justice Minister James Browne, which prohibit free additional offers for customers. Since then, these have been used in great numbers to attract customers with free bets or comparable bonuses, for example, and to retain them in the long term. This is a common practice in many countries, which promotes competition among providers.

Even the European Gaming and Betting Association (EGBA) takes a critical view of the strict directive and would have advised the Irish government to make a liberal decision in this regard. It fears first and foremost that, due to this lack of incentives in the future, players could increasingly migrate to questionable providers who do not have a valid license and therefore continue to advertise with attractive additional offers. Once they are active on the sites of the illegally operating companies, their player protection can unfortunately no longer be guaranteed.

Another restriction provides that players can now only ascend to VIP status at all after verification has been carried out. This includes both the possibility to realize significantly higher stakes, but is additionally provided with many other incentives.

Speaking of player protection – this is also to be emphasized in the future and its compliance is to be strictly monitored. This will also place more obligations on the providers. For example, they will all have to keep an exclusion register and block at-risk players nationwide. In addition, they are severely restricted in their advertising activities as a result of the change in the law. For example, they must be prevented from targeting minors.

A fund that has yet to be established is to ensure that money is available in the future to provide professional help for gambling addicts. The idea is to finance this through proportional levies on all licensed establishments.

How can the changeover succeed?

The first step is to establish a higher-level gambling supervisory authority. This supervisory body should be responsible for auditing and subsequently issuing licenses, as well as continuously reviewing the conditions attached to these licenses. In addition, it must formulate clear advertising regulations.

Now the question remains as to how the changes will be felt by players. On the one hand, the entire gaming community will of course benefit from the increased protection of their rights. This not only reduces the risk of falling victim to fraudulent schemes, but also generally increases their own chances of winning. After all, online casinos have to adhere to minimum payout rates. This also applies to betting shops and thus to everyone who is interested in sports and likes to bet on the outcome of matches. The customer’s task will be to pay attention to the provider’s license, otherwise he will also be liable to prosecution if he uses illegal gambling offers. 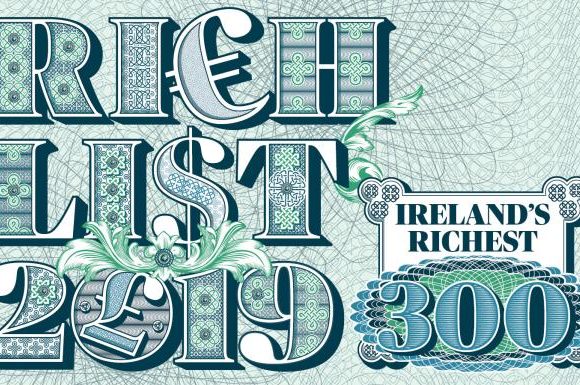