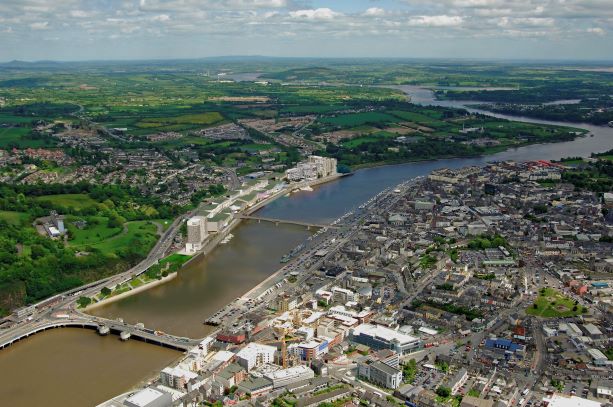 Half of the office space in the €400 million North Quays Development in Ferrybank already has a tenant confirmed to move in when the project is completed.

A source for the developers, Falcon Real Estate Development, told Kilkennynow.ie that the project has already attracted a tech company.

The source also confirmed they have a buyer for the hotel, while 50% of the apartments included in the project already are accounted for.

Although the source would not say who the company taking the offices is, they did confirm it is a tech company that already has a footprint in Dublin and have been looking to create another base within Ireland.

“We have 50% of the offices gone, we have 50% of the apartments gone. The hotel is presold. That’s half the project already sold. This is a positive sign that people want to invest in, and grow, Waterford and the South East,” they said.

The developers feel the rail connectivity will be vital in opening up the potential of Waterford, attracting more tourism, more workers and in turn creating more housing, more skilled staff and more money into the local economy.

“The train station moving will be great. For that tech company moving their staff between Dublin and Waterford, that will be important.

“So we have to be ambitious and try to utilise the train station, if it means cutting journey times down to 90 minutes in the next five years, or 60 minutes for the journey after that, we should be trying to achieve that ambition.”

“There are 6,900 jobs to be created as part of this development. The reason for moving the train station is it will unlock the passenger number to Dublin, it unlocks the jobs in the offices. By unlocking that transport hub, it will create 2,000 to 4,000 passengers meaning the potential of 1,000 new homes within walking distance of the rail station.

“This itself will create about €400 million construction investment in the area, of which about 25% of that will go to the exchequer. The extra workers also bring more money into communities,” they added.

KilkennyNow.ie was told that Falcon Real Estate is fully committed to the project and the funding on their side is secured.

They are confident that capital funding from the Government is forthcoming and our source said: “There is a lot of positive work is going on in the background, a lot of joined-up thinking going on.”

The point was made that if the capital projects, such as the sustainable transport bridge and the train station were not to receive government funding: “The project commercially would not work. Without the transport hub and the bridge, the project would be economically unviable.”

But they do not see this as an issue and are confident the transport hub, like the bridge, will be funded very soon. The developers are aware these are projects that must happen irrespective of whether the North Quays Development is in the pipeline or not.

“The bridge across to the city centre would have to have happened in the next few years anyhow to unlock the sustainable growth of Waterford city. The train station would also have to move anyway in the near future due to its location and safety.

“The North Quay is now being used as that envelope to do this infrastructural work now. If you look at cost inflation, if the government waited another 20 years to do this, it will cost them 100-150% more to put in that infrastructure.

“The government is now using this development to speed up the investment into Waterford and the region and provide this much needed infrastructure,” the source for the developer added.